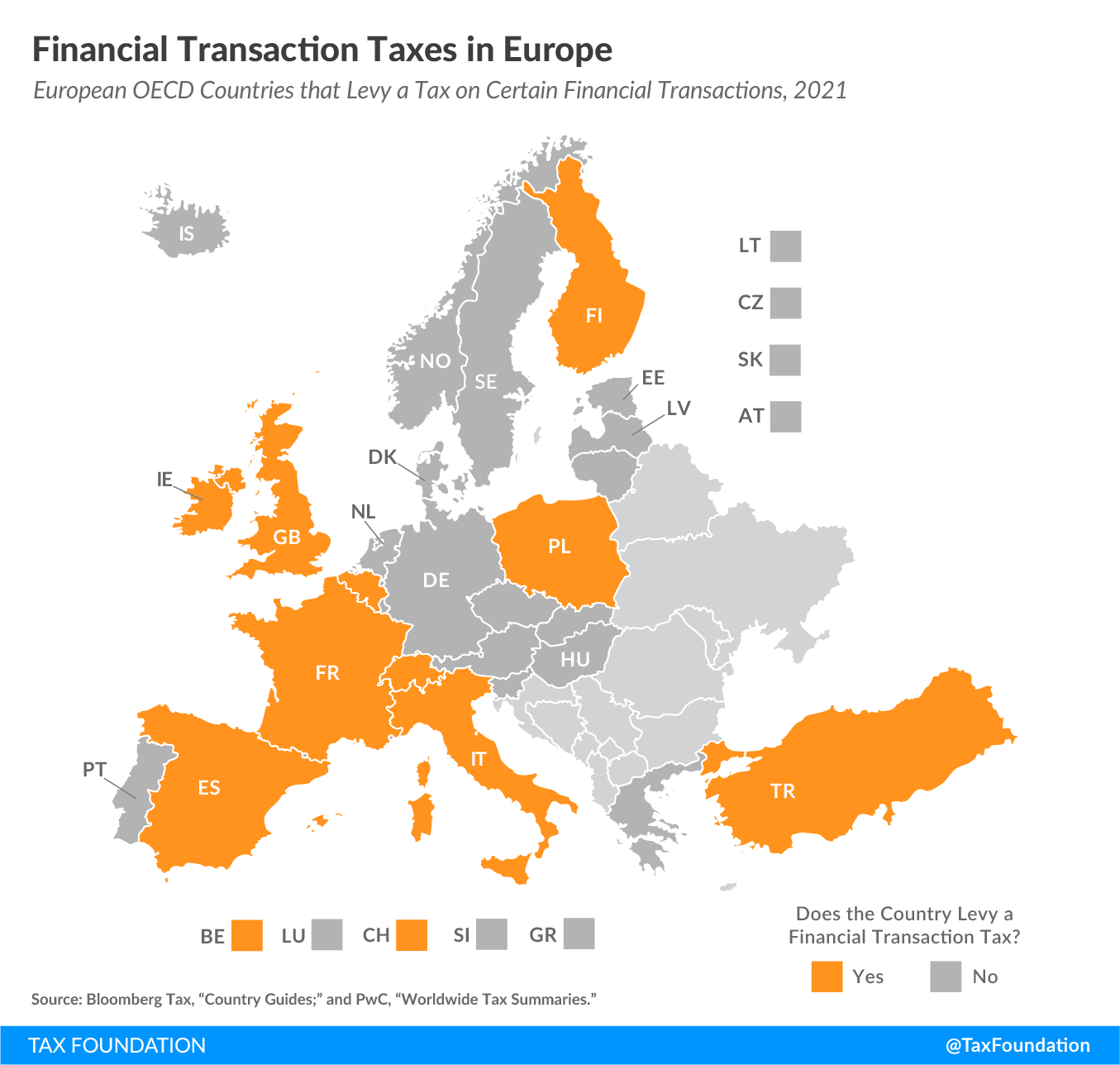 Since the 2008 financial crisis, financial transaction taxes (FTTs) have been debated as a potential instrument to address financial market instabilities and as a source for tax revenue. Today’s map shows which European OECD countries impose a type of FTT.

FTTs are levied on the trade in financial instruments such as stocks, bonds, or derivatives. Under an FTT, a percentage of the asset’s value is paid in taxes when it is traded. For example, if an investor sells an asset worth $1,000, they would be charged $1 on the transaction under a 0.1 percent FTT. FTTs usually apply only to select financial instruments and often have varying tax rates depending on the asset type.

The FTTs differ significantly across countries. For example, Switzerland levies a 0.15-0.30 percent stamp duty on the transfer of equities and bonds involving a Swiss securities dealer, while France implemented an FTT that taxes equity trades at 0.3 percent and high-frequency-trading at 0.01 percent.

In 2011, the European Union proposed an EU-wide FTT that would levy a 0.1 percent tax on the transfer of shares and bonds and a 0.01 percent tax on derivative contracts. However, negotiations came to a halt due to resistance from several EU member states, and an EU-wide policy has not been adopted.

Ten EU countries, including France, Germany, Italy, and Spain, are still interested in the common tax and negotiations on the design of that tax are ongoing.