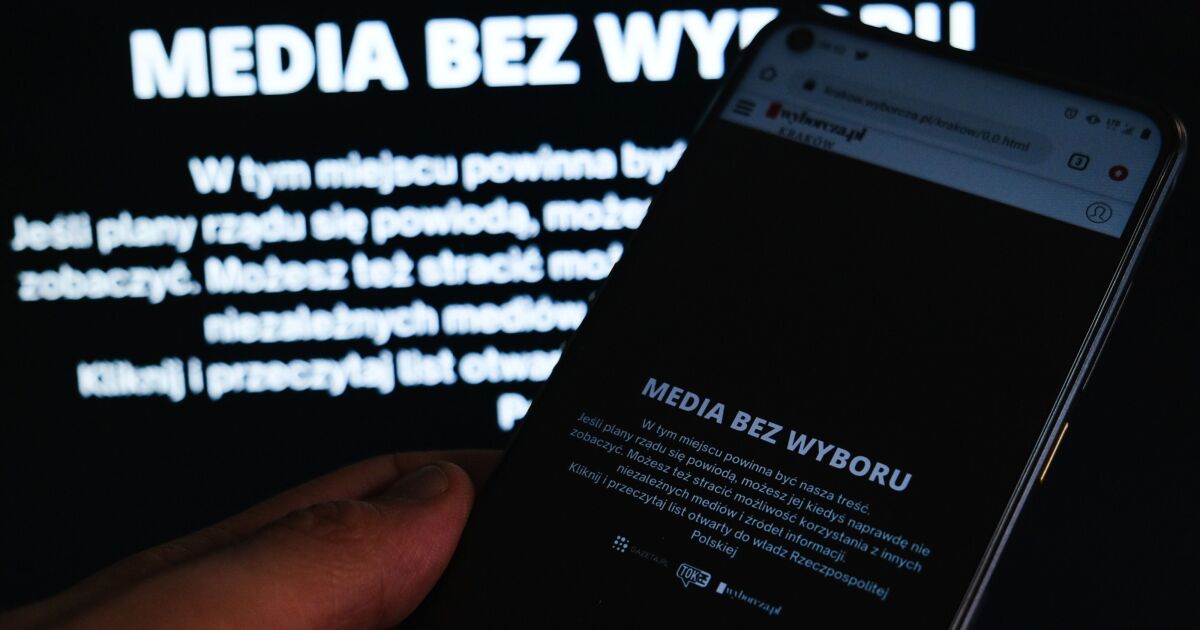 With blacked out or blank television screens, front pages and web portals, Poland’s private media companies protested against plans to implement a new advertising tax they say is a disguised government attempt to muffle criticism.

During the protest on Wednesday, the U.S. embassy in Warsaw tweeted that a “free media is the cornerstone of democracy.” The European Union’s executive arm scolded Poland and Hungary — two member nations that it has accused of undermining democratic values — over decisions seen as infringing on media pluralism.

About 50 private outlets wrote to the cabinet saying the levy would drive some media out of business. 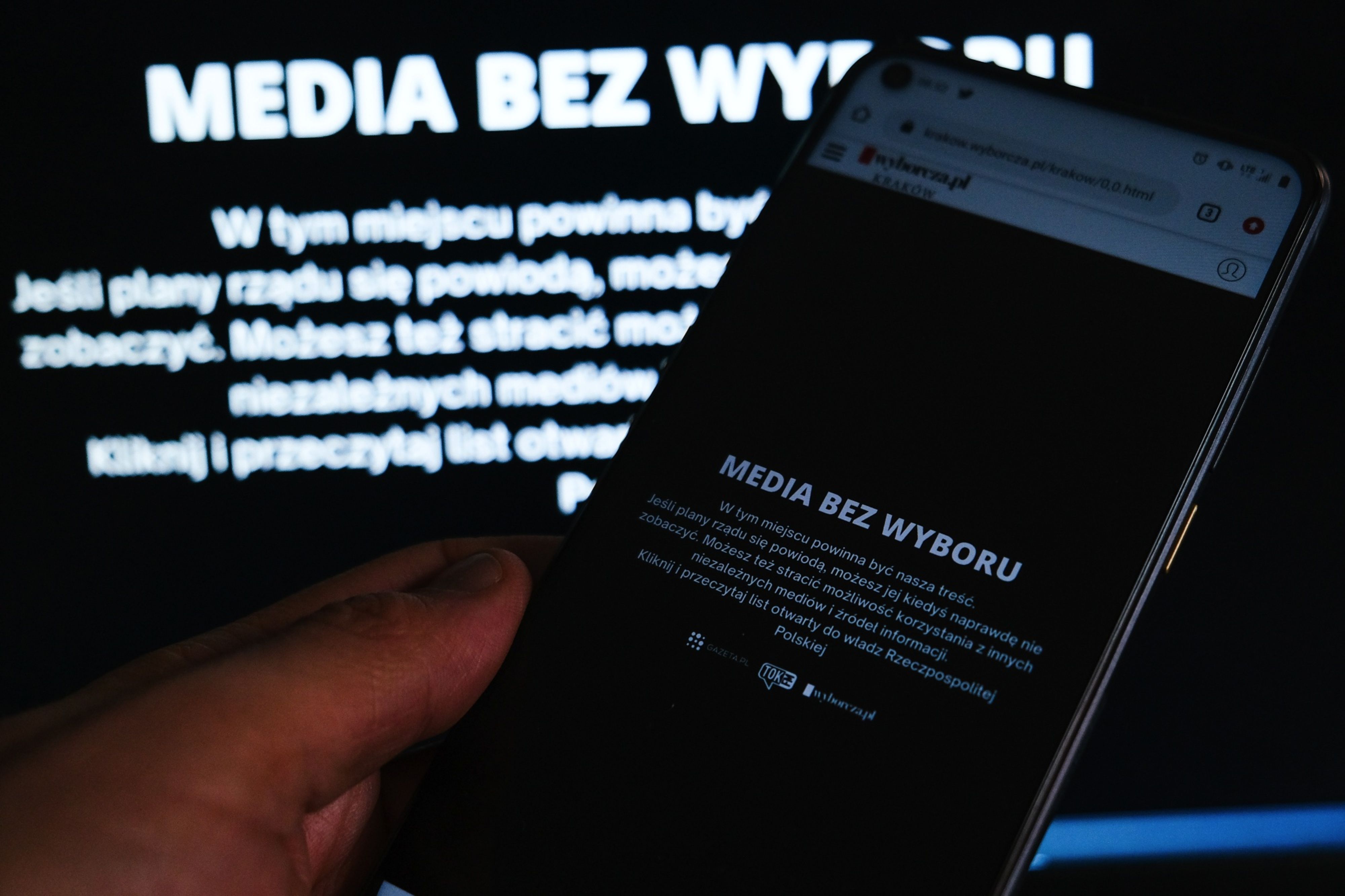 Taking its cue from Budapest, the nationalist government in Warsaw has long sought to wield greater control over broadcasters and publishers. Instead of rewriting media-market rules, which could anger the EU, the Polish government has relied on state-owned companies to “re-Polonize” the industry, while squeezing outlets with plans for the new levy on advertising.

About 50 private outlets wrote to the cabinet saying the levy would drive some media out of business. State advertising cash has in past years been piled into pro-government outlets, while largely shunning more popular publications that are critical of its actions.

The plan follows a Hungarian blueprint that would have placed an outsized tax burden on German-owned broadcaster RTL Klub, the nation’s largest. While Prime Minister Viktor Orban was forced to retreat, he’s found ways to expand his grip on the media by building a conglomerate of loyal outlets exempt from some state oversight.

Klubradio, one of Hungary’s last independent broadcasters, will have to shift programming to the internet at the end of the week after regulators rejected a bid to automatically extend its frequency rights.

“We’ve expressed our concerns about media freedom and pluralism in Hungary,” Wigand said. “The case of Klubradio only aggravates these concerns.”

Polish government spokesperson Piotr Muller wasn’t available for comment on Wednesday. A day earlier, Prime Minister Mateusz Morawiecki said the tax, which is set to generate about 800 million zloty ($217 million) a year for the budget, will “bring justice and level out the chances of domestic players up against foreign giants.” He said the measure would be applied to the likes of Apple Inc., Google, Facebook Inc. and Amazon.com Inc.

In a symbolic display, the two leading private television news networks, Discovery Inc.-owned TVN24 and a unit of Cyfrowy Polsat SA, aired black screens on Wednesday morning, with a caption saying: “Your favorite show was supposed to be here.”

— With assistance from Marton Eder and Nikos Chrysoloras