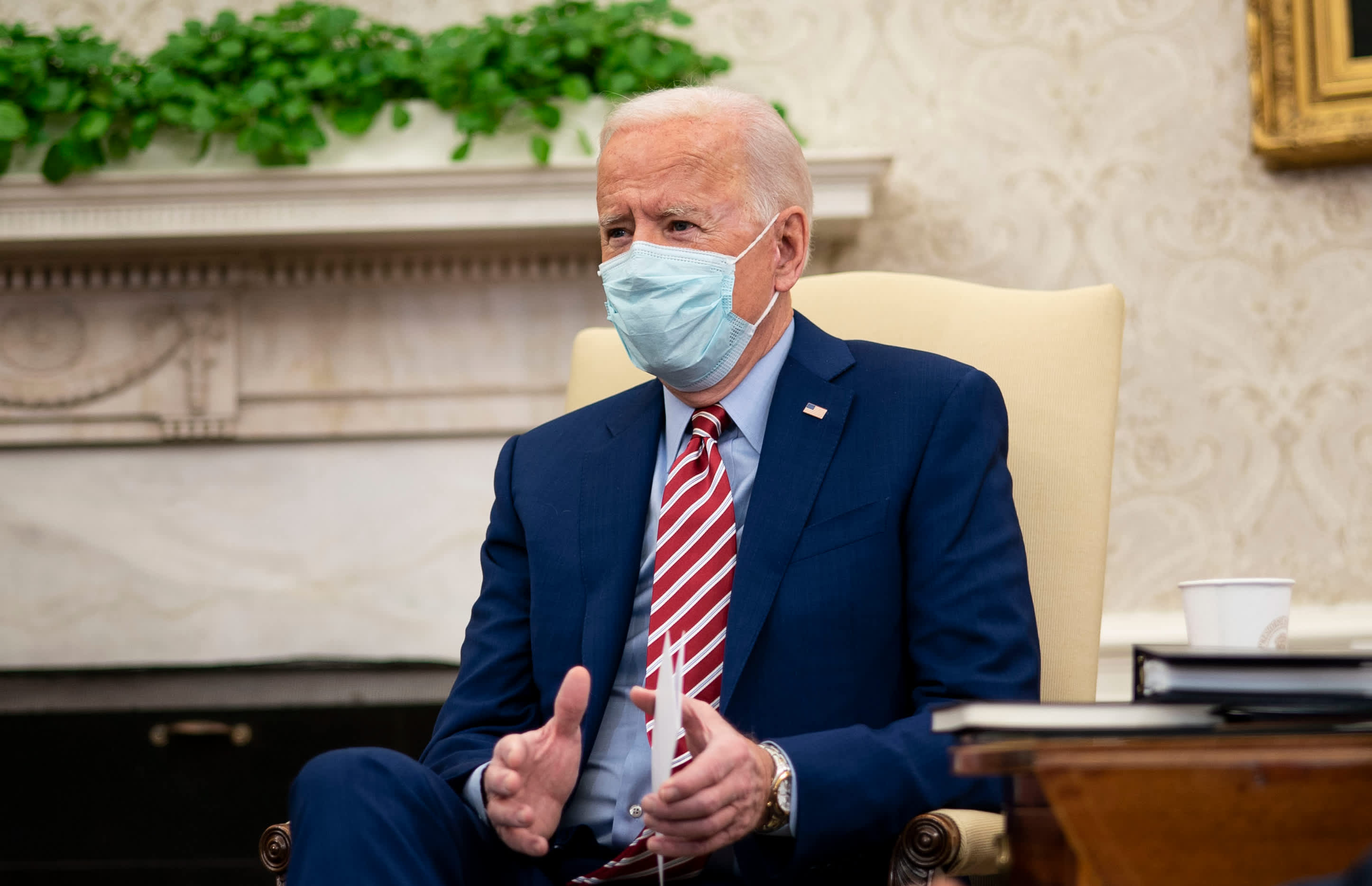 President Joe Biden speaks as he meets with Senators from both parties in the White House on Feb. 11, 2021.

More unemployment benefits may be on the way as Democrats and the Biden administration pursue a $1.9 trillion pandemic aid package.

The legislation would increase the amount of jobless benefits workers receive per week and extend them for several months.

The precise amount and duration of benefits are somewhat uncertain.

It seems likely, based on various proposals, that Democrats would increase benefits by at least $400 a week and extend them at a minimum through August, according to labor experts.

Extra benefits offered by the $900 billion relief package signed by former President Donald Trump in late December are currently scheduled to end after mid-March for some workers and after April 11 for others. Absent more relief, 11 million jobless workers would lose income support.

President Joe Biden proposed upping jobless aid by $400 a week — bringing the total payment to about $739 a week for the average worker, per Labor Department data. He’d also extend benefits through September.

A draft proposal issued by the House Ways and Means Committee this week broadly mirrors Biden’s plan. However, benefits would end on Aug. 29.

More from Personal Finance:
IRS: no plans to extend tax-filing deadline beyond April 15
Meet the student loan borrowers refusing to pay their debt
They went bust in the Great Recession. Now, in their 80s, the pandemic took their jobs

The $400 weekly subsidy would start after March 14, according to the House proposal. It would essentially pick up when the current $300 weekly supplement ends, meaning there wouldn’t be retroactive payments to earlier in the year.

Sen. Ron Wyden, D-Ore., chair of the Senate Finance Committee, is pushing for a larger subsidy of $600 a week, however.

“I am going to fight like hell to get six,” Wyden said this week.

Republicans have been staunchly opposed to a $600 weekly benefit enhancement since the early days of the pandemic. The CARES Act offered a $600 supplement for about four months through July.

Larger benefits would keep people from returning to work, they argued, thereby raising the unemployment rate and dampening the economic recovery.

Many studies found that the $600 supplement didn’t cause this to happen in the aggregate during the spring and summer. In fact, it likely increased employment over that time period, according to a paper published Wednesday by economists at the University of Chicago.

The economy has improved since then, meaning enhanced benefits may create a larger disincentive for workers not to return to work, according to some economists.

“I think there’s good reason to think the disincentive effect will be larger in 2021 than in 2020,” said Peter Ganong, an economist and assistant professor at the University of Chicago.

“But I absolutely think there should be [another unemployment supplement] in 2021,” he added, due to ongoing distress in the labor market. Benefits should phase out as more Americans get vaccinated, he said.

Democrats don’t necessarily need Republican votes in favor of a stimulus package since they aim to pass it with a budget maneuver called reconciliation, which only requires a simple majority vote to succeed.

That plan may be complicated by House Democrats’ intent to attach a $15-per-hour federal minimum wage to the relief package. Sen. Joe Manchin, D-W.V., has come out against that proposal, and one Democratic defector could sink the bill’s chances.

“For the Senate to swallow that, I think, is a little more of a problem,” Wayne Vroman, a labor economist at the Urban Institute, a left-leaning think tank.

Congress should err on the side of extending benefits for a longer than shorter period, he said, to push off the need for another potential extension.

“Whatever the ending point is, trying to get conservative Democrats to go along with yet more stimulus will, I think, be quite a bit harder than it appears to be this time around,” Vroman said.

Do you have an unemployment story you’d like to share with CNBC? Please send an e-mail to gregory.iacurci@nbcuni.com.