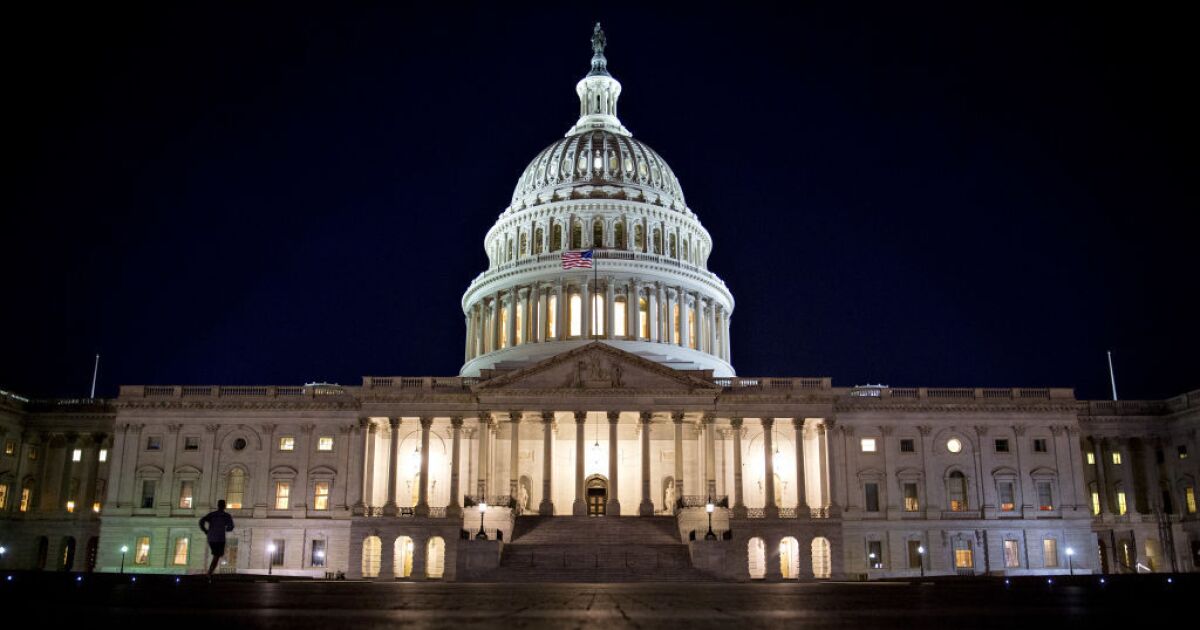 The 219 to 212 House vote was a stark contrast to the previous pandemic relief bills enacted last year, which drew strong bipartisan support as the COVID-19 death toll surged. No Republicans voted in favor of the bill, while two Democrats — Jared Golden of Maine and Kurt Schrader of Oregon — voted against the measure.

The bill faces significant challenges in the Senate, after a nonpartisan official said Thursday the package can’t move forward with its provision to phase in a $15 an hour minimum wage. That ruling sent Democrats scrambling to work around Senate rules governing the fast-track budget process they’re using to pass the stimulus plan without Republican votes.

Democrats have defended the size of the bill — the sixth relief package in less than a year — as what is needed to fight the deadly coronavirus and put the economy on firm footing. They have cited polling showing the bill is broadly popular as the dual health and economic crises hit some American communities harder than others.

“We are in a race against time,” said House Budget Committee Chairman John Yarmuth. “Virtually everyone recognizes how critical this is, not just to stop the pandemic right now and to get us to return to normality, but to provide for the foundation for our economic recovery, which is going to take a long time.”Millions of people are set to lose supplemental unemployment benefits on March 14, when a previous round of virus stimulus expires, setting a tight deadline for Congress to get the bill to Biden’s desk.

The legislation has no signs of Republican support in the Senate, with GOP members criticizing its scale, given a surge in government debt and signs of the economic recovery gathering pace.

“No one is arguing to do nothing — what we are saying is to target this relief. Not have a grab-bag stimulus,” said Representative Patrick McHenry, a Republican from North Carolina.

The legislation would provide $1,400 direct payments to taxpayers making up to $75,000 individually or $150,000 per couple. The checks phase out above that level, going to zero at $100,000 per individual and $200,000 per couple. It would extend pandemic unemployment benefits for gig workers and the long-term unemployed through August, and bolster state benefits to $400 per week, up from the $300 currently.

The bill also provides money for COVID-19 vaccines, testing and care along with funds for schools, a temporary expansion of the child tax credit and temporary health care premium subsidies, among other items.

Progressives in the House and the Senate are urging Democratic leaders to keep fighting to include the minimum-wage hike, either by overturning the Senate’s rules or by restructuring the measure to meet qualification under the budget-reconciliation process.

Democrats need all 50 members of their caucus to pass the relief bill, since all Senate Republicans are expected to oppose it. Two Democratic senators — Joe Manchin of West Virginia and Kyrsten Sinema of Arizona — have said they don’t support a $15 per hour federal minimum wage as drafted.

Majority Leader Chuck Schumer is weighing whether to add a penalty on big companies as a way of forcing higher wages, after Senate Finance Chairman Ron Wyden floated a 5 percent payroll tax on such enterprises. The proposal has already drawn furious opposition from Republicans and business groups.

The lobbying and political risk of pushing a minimum wage workaround could give pause to moderate Democrats. So far, the White House and other key figures, like House Ways and Means Chairman Richard Neal, are not rushing to embrace the idea.

The virus-relief bill may also need to be tweaked in other ways. Wyden is pushing for an extra month of unemployment benefits to be added, and lawmakers are still waiting to see how the Senate parliamentarian rules on pension and health insurance premium subsidies. The bill’s $1.93 trillion total deficit increase is roughly $40 billion above the limit Democrats set for themselves in the budget they passed earlier this year.