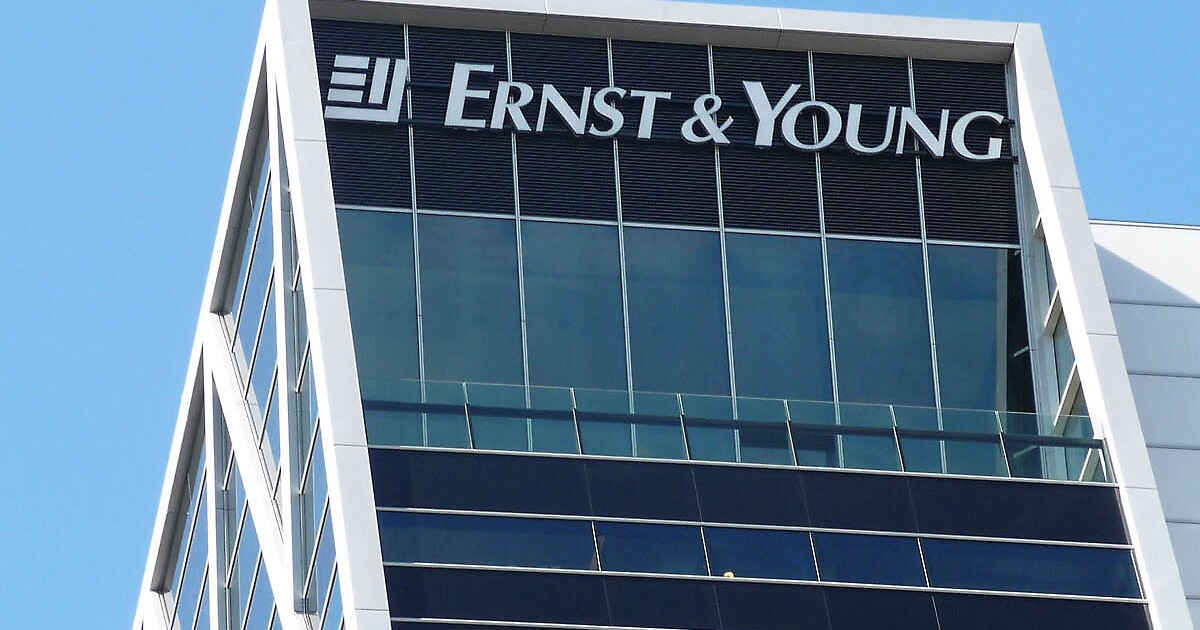 Whenever anyone asks me how long I’ve been with Ernst & Young LLP, I’m always tempted to answer, “Since I was 14.”

While that response isn’t 100 percent accurate, there’s more than a little truth behind it.

My history with EY dates back to my days as a high school student at Norman Thomas High School for Business and Commercial Education in New York City. When I met a manager during a school-sponsored career field trip to a local EY office, I confidently (and definitely naively) told him, “I’m going to come work for you someday.”

The path from new immigrant to high school student to first-generation college graduate to EY audit partner wasn’t straight or easy, but I learned a lot about myself along the way.

A new kid in a new place, facing new challenges

I arrived in the US from Panama at age seven. At 14, I tragically lost my mother and went to live with relatives. My mother’s death robbed us of a lifetime together, but in the short time we had, she taught me so much by her example — working extremely long days in a factory but still having time for her family.

My mother believed in me, and throughout my life, her silent voice has inspired me to reach higher and strive for more than she’d had for herself. So, despite some hardships and setbacks, I was determined to be an excellent student and graduated at the top of my high school class.

College was already tough enough, but …

Like many of my NYC classmates, I went off to college, but before long faced another life-changing challenge — an unplanned pregnancy early in my freshman year

While quitting was an option, I could hear my mother’s voice quietly urging me to stay in school and follow my dream, even though this was becoming more complicated and challenging by the day. I gravitated to accounting right away in college and threw myself into my studies, a full-time job and eventually caring for my infant son.

Growing up, I didn’t have many role models or people giving me advice, but my mother’s inspiration was a constant presence. I just couldn’t disappoint her: I didn’t have a choice.

Learning the value of mentors (and sponsors)

I had a few people who guided me at Norman Thomas, and as I continued in college, I continued to seek out people who could act not only as mentors but also as sponsors. I saw sponsors as people who would do more than just provide advice — they would be my champions and take concrete actions on my behalf to help me succeed and reach my goals.

Entering my senior year, with graduation within reach, I faced what some might consider another significant potential setback — a second pregnancy with my future husband. But I had come too far to let it hold me back. The encouragement and support I received from teachers, advisors and other students (along with my mother’s inspiration) kept me going.

When I earned my degree and headed out into the workforce, I didn’t initially interview with EY. I instead began my career at a large, minority-controlled accounting firm, which was a great experience for a young professional and taught me so much.

After I joined EY a few years later, I spent several years moving on the “partner track” toward my dream job. Eventually, though, I had to choose between the increasing demands of my career and my family, which by then included two kids (with another on the way) and a husband.

As I summoned the courage to talk to a partner about leaving, he asked, “What are you going to do?” I boldly responded, “I’m going to be a partner someday!”

It turns out he thought I was just taking maternity leave and was asking about what I’d do when I returned, but to me, the choice was obvious — to find another, less-demanding role outside the firm.

Stepping away from EY for a better work-life balance could have derailed someone else’s “partner track,” but I refused to let that happen to me.

The winding path to partner gets even longer

Luckily, I had people in my corner at EY and kept in close touch with many of them. When an opportunity to rejoin the firm as a “boomerang” came my way, I gladly took it. I returned as a senior manager in 2005 with the expectation that earning the title “partner” was within reach, and I hadn’t lost any momentum.

But when the financial crisis hit in 2008, everything came to a screeching halt. People I trusted told me to be patient, that for me, making partner wasn’t an “if” but a “when.” Still, putting my No. 1 dream on hold hit me hard, and I even contemplated leaving EY. Instead, after three years of waiting, I took some time off to catch my breath and possibly rethink my career aspirations.

When I returned in January 2011, I had breakfast with a partner who also was one of my sponsors. During our meal, he slid across the table the nomination form that had presented him as a partner candidate years ago and assured me I’d get one soon too. Later, I learned I was at the bottom of the selection list. I hoped for the best but prepared for the worst.

Champagne and a lot of tears

When I got back, I found myself moving through the interview process with Memorial Day weekend fast approaching. The new partner list always came out before the holiday, and I was so nervous I could barely stand it. Even my young daughter kept asking me why EY would keep me waiting like that. And she was 12!

As the Thursday of the holiday weekend came, I wasn’t sure if I’d make the cut. The day dragged on, but in the late afternoon, I was called to an office where I saw, to my relief, a bottle of champagne and a group of partners greeting me. It was finally official: the high school kid who swore she’d work for EY one day was now a “partner.” I burst into tears of joy and so did nearly everybody in the room. My mother’s dreams for me (and that I had for myself) were a reality.

Sharing my experience with others

A decade later, I’m inspired by the next generation of EY professionals. I’ve mentored many on how to navigate their careers through the EY organization, through the industry, and, sometimes, through life.

Reflecting back on how I kept going despite so many setbacks, I remember a quote attributed to Omar Peele, a Black aerospace engineer: “Flexibility is one of the most powerful concepts to understand. You need to be flexible in anything that you are passionate about.”

Though my journey from cocky teenager to Big Four audit partner is less a roadmap and more a “how-to” (and in many instances “how-not-to”) guidebook, I’m happy to share it with anyone as they set out on their own journey.