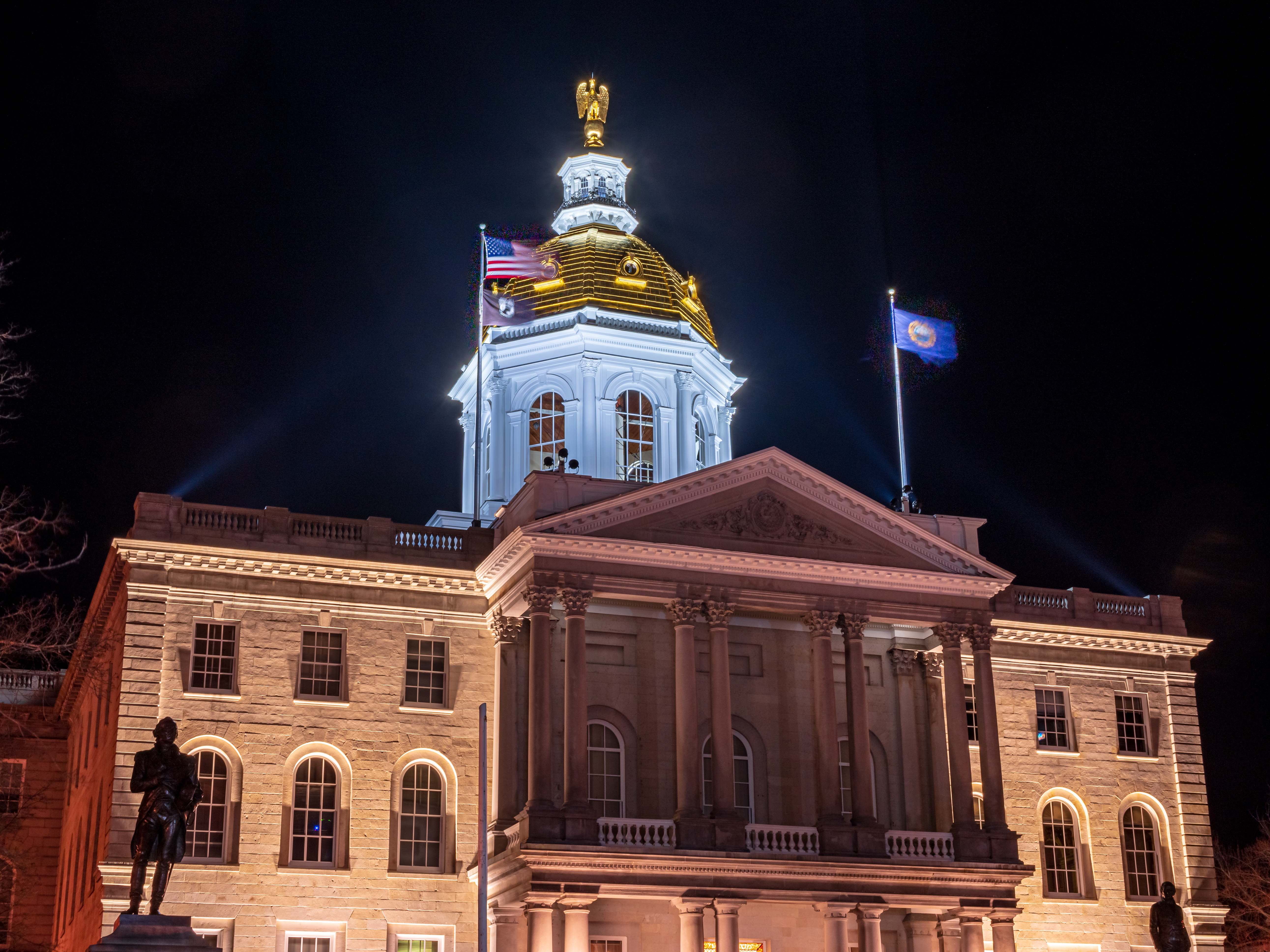 A year ago, it seemed possible that New Hampshire was headed toward a triggered tax increase. Instead, lawmakers may trim business tax rates and begin the phaseout of the state’s tax on interest and dividend income, which would take away the asterisk and make New Hampshire the ninth state to forgo an individual income tax altogether.

Had certain revenues dropped 6 percent or more below projections, which seemed plausible early in the pandemic, recent triggered reductions to the rates of New Hampshire’s business taxes would have been reversed. Now some lawmakers are looking to get rid of the tax trigger altogether and ramp down tax rates on businesses in the next two years.

House Bill 10 would lower the Business Profits Tax (BPT) from 7.7 percent to 7.6 percent and the Business Enterprise Tax (BET) from 0.6 percent to 0.55 percent for the current tax year. Both the BPT and the BET would decrease again next year, to 7.5 and 0.5 percent, respectively. Governor Chris Sununu (R) also promoted a BET rate reduction in his budget address on February 11, and included the gradual phasedown of the state’s tax on interest and dividend income in his budget as well.

The BPT can be understood as a typical corporate income tax, but the BET falls more in line with a value-added tax (VAT). While it is a tax levied on businesses, the BET is essentially a universal consumption tax. Its base includes all business activity, but allows subtractions for wages, dividends paid to investors, and interest paid on loans, in order to avoid tax pyramiding and focus on consumption activity. Value-added taxes like the BET have the advantage of an extremely broad base that allows for stability and does not favor one business type or class of consumption over another. Businesses can deduct taxes paid on the BET from their BPT liability.

House Bill 10 would continue the state’s rate reduction efforts, which have been ongoing since 2016, when the BPT was levied at 8.5 percent. The BPT top rate of 7.7 percent is less than those of neighboring Vermont (8.5 percent), Maine (8.93 percent), and Massachusetts (8 percent), though it is still relatively high.

Currently, the rates of both the BPT and the BET for tax year 2022 are tied to revenue collections. If the amount of combined unrestricted general and education trust fund revenue is 6 percent or more below official revenue estimates, the BPT increases to 7.9 percent and the BET increases to 0.675 percent. If that same revenue is 6 percent or more above estimates, the BPT and BET decrease to 7.5 and 0.5 percent, respectively. The same provision was in place for tax year 2021 but was not triggered in either direction. House Bill 10 would replace these triggers with scheduled rate reductions this year and next.

While tax triggers can be a useful tool to bring about tax reform without ignoring revenue concerns, New Hampshire’s trigger is notable in a few ways. First, it could cause either a decrease or an increase, leaving businesses open to tax increases in times when they are already struggling. The trigger is also based on the difference between revenue estimates and collections. While such numbers do give some indication of how a state is doing, tying rate changes to actual year-over-year revenue growth compared to an established baseline would provide a better indication for whether a state can afford rate reductions. If revenue projections are off dramatically in either direction, a rate increase or decrease could be triggered even though actual revenue changes would not otherwise indicate a revision.

Used properly, tax triggers can limit the volatility and unpredictability associated with rate reductions. However, New Hampshire would do well to move away from the BPT and BET trigger currently in place, as it causes uncertainty for businesses in times of economic downturn and does not accurately track the state’s revenue growth.

Business tax revenues are impossible to predict accurately, as profits fluctuate widely from year to year, but the Department of Revenue Administration estimates that, assuming business revenues matched FY 2020 levels, the rate reductions in HB10 would cost the state $49.7 million a year on a static basis once fully phased in by FY 2023.

Additionally, if the governor’s proposal were adopted, New Hampshire would become the ninth state with no tax on individual income upon the completion of a phaseout in 2026. Currently, the state only taxes interest and dividend income—a distinction it shared with Tennessee until this year, when Tennessee completed the phaseout of its Hall Income Tax on interest and dividend income. Now New Hampshire may do likewise.

New Hampshire may not be facing a surplus, but it is in far better financial shape than initially predicted, with revenues only down 2 percent in 2020. A monthly comparison from the Department of Revenue shows that business tax collections in 2021 are tracking well with projections and even surpassing 2019 numbers in four out of the seven months for which data is available.

The state will need to be sure it is ready to budget for the revenue changes of HB10, but overall, state finances are in good shape, and it is laudable that lawmakers are looking to reduce the burden on businesses that may be struggling and avoid potential tax increases.