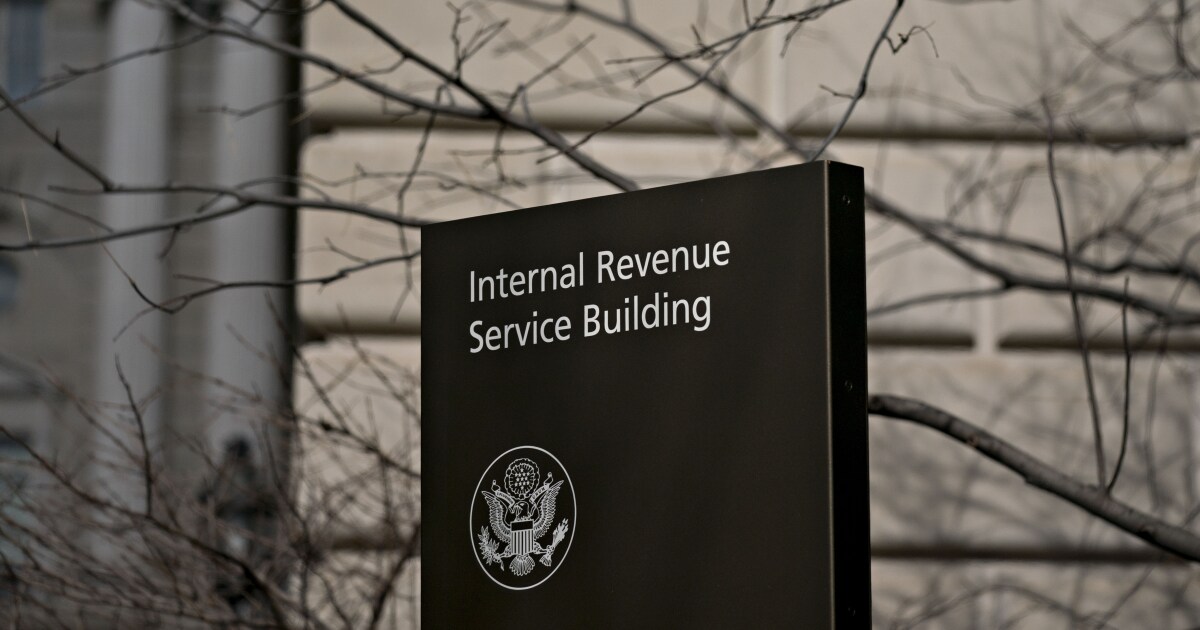 The Internal Revenue Service said Friday that the third round of Economic Impact Payments will begin hitting taxpayers’ bank accounts as early as this weekend.

The $1,400 Economic Impact Payments come after the $600 payments that were sent earlier this year after passage of the Consolidated Appropriations Act in December and the $1,200 payments last year under the CARES Act last March. Together they represent an unprecedented amount of aid distributed by the federal government to help Americans to cope with the economic crisis from the COVID-19 pandemic. Each time, however, many taxpayers have experienced problems getting the payments and many are still waiting for the first payment to arrive.

Taxpayers can access the “Get My Payment” tool on IRS.govon Monday to see the payment status of the third stimulus payment. “Even though the tax season is in full swing, IRS employees again worked around the clock to quickly deliver help to millions of Americans struggling to cope with this historic pandemic,” said IRS Commissioner Chuck Rettig in a statement. “The payments will be delivered automatically to taxpayers even as the IRS continues delivering regular tax refunds. We urge people to visit IRS.gov for the latest details on the stimulus payments, other new tax law provisions and tax season updates.”

The IRS plans to automatically calculate the amounts of the payment based on tax information from prior years. In general, most people will get $1,400 for themselves and $1,400 for each of their qualifying dependents claimed on their tax return. As with the first two Economic Impact Payments in 2020, most taxpayers will get the money without having to take any action. Some taxpayers may see the direct deposit payments showing up as pending or as provisional payments in their bank accounts before the official payment date of March 17. Because these payments are automatic for most eligible people, contacting either financial institutions or the IRS on payment timing won’t hasten their arrival.

The IRS has already gotten plenty of experience in delivering Economic Impact Payments after delivering the first two rounds in the past year, but the work is certain to delay the IRS’s work on tax season. The agency had to push back the opening of tax season by about two weeks this year to deliver the second round of payments, and some lawmakers and accounting groups are urging the IRS to extend tax season by another two or three months. “Amid the many pressing priorities at hand, I’m heartened by Treasury Secretary [Janet] Yellen’s leadership in directing the IRS to start depositing payments this weekend,” said House Ways and Means Committee chairman Richard Neal, D-Massachusetts, in a statement. “The American people are counting on this support and it has always been the intent of the Ways and Means Democrats that these would be distributed as soon as possible. While I am impressed with this phenomenal turnaround, taxpayers will have questions for the IRS about their stimulus payments, on top of questions related to the filing season and other provisions in the American Rescue Plan. As the pandemic continues to impact IRS operations, the end of the filing season must be delayed.”

The American Institute of CPAs, the National Association of Tax Professionals and the National Conference of CPA Practitioners are also calling for extending the tax-filing and payment deadline.

Social Security and other federal beneficiaries will typically get the third payment the same way as their regular benefits. The IRS plans to announce a payment date for this group soon. The third round of Economic Impact Payments will be based on a taxpayer’s latest processed tax return from either 2020 or 2019. That includes anybody who has managed to register online at IRS.gov using the agency’s Non-Filers tool last year, or alternatively, submitted a special simplified tax return to the IRS.

If the IRS has received and processed a taxpayer’s 2020 return, it will instead make the calculation based on that return. The IRS will automatically send the third round of the EIP to people who didn’t file a return but receive Social Security retirement, survivor or disability benefits (SSDI), Railroad Retirement benefits, Supplemental page 2 Security Income (SSI) or Veterans Affairs benefits. That’s similar to the first and second rounds of EIPs. For those who received the first round, EIP1, or the second round, EIP2, but don’t receive a payment via direct deposit, they will generally receive a check or, in some instances, a prepaid debit card (referred to as an “EIP Card) for EIP3. A payment will not be added to an existing EIP card mailed for the first or second round of stimulus payments.

Under the new law, an EIP3 can’t be offset to pay for other past-due federal debts or back taxes. The IRS is reminding taxpayers that the income levels in this new round of stimulus payments have changed. That means some people won’t be eligible for the third payment even if they received a first or second Economic Impact Payment or claimed a 2020 Recovery Rebate Credit. Payments will begin to be reduced for individuals making $75,000 or above in Adjusted Gross Income ($150,000 for married filing jointly.) The reduced payments end at $80,000 for individuals ($160,000); people above these levels are ineligible for a payment.

EIP3 differs from EIP1 and EIP2 in some respects. EIP3 will be bigger for most people. Most families will get $1,400 per person, including all dependents claimed on their tax return. Typically, that means a single person with no dependents will get $1,400, while a family of four (married couple with two dependents) will receive $5,600. Unlike the first two payments, EIP3 isn’t limited to children under 17. Eligible families will receive a payment based on all of their qualifying dependents they claim on their tax return, including older relatives such as college students, adults with disabilities, parents and grandparents.

The Treasury Department — through the IRS and the Bureau of the Fiscal Service — have enacted an operational plan to start processing the first batch of these payments Friday, which some taxpayers will start receiving as early as this weekend, and with more on the way this coming week. More large batches of payments, which will be automatic and require no action by taxpayers, will be sent in the coming weeks by direct deposit and through the mail as a check or debit card. Starting next week, individuals can check the “Get My Payment” tool on IRS.gov to see the status of their payment.

Generally, those who are U.S. citizens or U.S. resident aliens are eligible for the full EIP3 if they (and their spouse if filing a joint return) aren’t a dependent of another taxpayer and have a valid Social Security number (see exception when married filing jointly) and the adjusted gross income on their tax return doesn’t exceed:

• $150,000 if married and filing a joint return or if filing as a qualifying widow or widower;

• $75,000 for eligible individuals using any other filing statuses, such as single filers and married couples filing separate returns.

Payments will be phased out or reduced above those AGI amounts, and the rules differ somewhat from the previous EIP round. Taxpayers won’t receive a third payment if their AGI exceeds:

• $160,000 if they’re married and filing a joint return or if filing as a qualifying widow or widower;

More information about EIP3, along with a fact sheet of frequently asked questions, was also released Friday by the IRS and the Treasury.