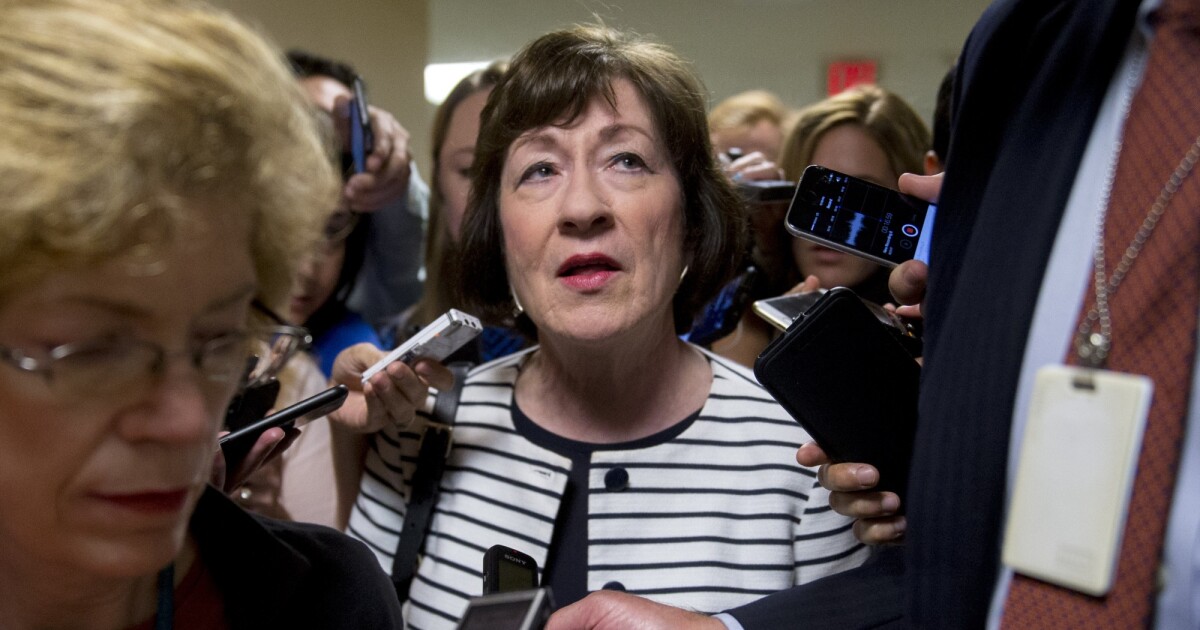 Members of Congress are proposing bipartisan legislation to extend the deadline for Paycheck Protection Program loans another two months as accountants press for more time on the expiring program.

The bill would extend the deadline for PPP applications from March 31 until May 31, and provide an extra 30-day period for the Small Business Administration to process applications that remain pending. Sen. Ben Cardin, D-Maryland, who chairs the Senate Committee on Small Business and Entrepreneurship, introduced the bill, known as the PPP Extension Act of 2021, on Thursday, with Sen. Susan Collins, R-Maine, and Jeanne Shaheen, D-New Hampshire. A companion bill has been introduced in the House by Rep. Nydia Velázquez, D-New York, who chairs the House Small Business Committee, along with Rep. Blaine Luetkemeyer, R-Missouri, Carolyn Bourdeaux, D-Georgia, and Young Kim, R-California.

The American Institute of CPAs and other groups have been asking Congress to extend the PPP, which received an extra $7.25 billion in funds from the American Rescue Plan Act that President Biden signed into law on Thursday. Velázquez held a hearing earlier this week in which lawmakers heard from AICPA vice president of firm services Lisa Simpson and lenders about the problems facing small businesses that have been trying to apply for the loans, which have been delayed by error codes (see story). With the March 31 deadline fast approaching, many lenders have stopped accepting new loan applications, even though the rules have been changing for the program ever since it was revived in January by December’s COVID-19 relief package. The legislation enacted Thursday adds further changes to the program. However, the PPP has provided a lifeline to many businesses since it was first included in the CARES Act last March by providing them with potentially forgivable loans backed by the SBA.

“It’s clear that the most vulnerable small businesses will need help beyond March 31, so we must pass this extension as quickly as possible,” Cardin said in a statement. “This commonsense, bipartisan bill will meet the continued demand for PPP loans by giving small businesses two more months to apply, and giving SBA an additional month to process the loan applications by June 30.”

Collins, Cardin and Shaheen, along with Sen. Marco Rubio, R-Florida, originally introduced the Paycheck Protection Program as part of the CARES Act last year. Over 5 million businesses received forgivable PPP loans in 2020, helping to sustain an estimated 50 million jobs before the program ended last summer. They also advocated for including $284.5 billion in December’s COVID-19 relief package to reopen the program. According to the latest data from SBA, 2.4 million PPP loans have been approved this year, totaling approximately $165 billion.

The December law made some changes in the program to target it better at small businesses after many larger companies claimed the loans last year in the initial round of funding before Congress added more funds. Under the Consolidated Appropriations Act that passed in December, small businesses that employ 300 or fewer people and that experienced a 25 percent or greater gross revenue loss between comparable periods in 2019 and 2020 due to COVID-19 are eligible to apply for a second forgivable PPP loan. On top of that, forgivable overhead expenses have been expanded to include supplier costs and investments in facility modifications and personal protective equipment needed to operate safely.

Because of the severe economic impact that coronavirus mitigation measures have had on the hospitality sector specifically, the formula used to calculate the maximum forgivable loan amounts for second-draw loans has been changed for restaurants and hotels to equal 3.5 times their average monthly payroll. Small business owners that didn’t receive a PPP loan in the first round are also eligible to apply. The extra funds could help tide them over as the economy slowly recovers while vaccine availability expands around the country.

“I have heard from countless small employers about the impact the PPP has had on them and their employees,” Collins said in a statement. “With the ongoing distribution of COVID-19 vaccines, there is a light at the end of the tunnel, but we’re not there yet. That is why we need to extend the deadline for the PPP now. By extending the PPP, our bill would help our nation’s small employers retain access to forgivable PPP loans.”

Accountants have been helping their small business clients apply for the PPP loans and for forgiveness on those loans.

Many firms are helping clients figure out whether to claim the employee retention credit as well as apply for the PPP. The Consolidated Appropriations Act that passed last December allows small businesses to use a combination of the PPP and ERC, but figuring out how to use them together can be complicated.

“The ERC door opened up that we weren’t previously exploring for companies that had borrowed under the PPP because they weren’t eligible before, but the criteria are quite different,” said Jernack. “For 2020, with the employee retention credit, companies would only qualify if they had less than 100 employees and a 50 percent revenue reduction. It was quite difficult for many to qualify for that. There were some exceptions if businesses were partially or fully shut down under government mandates. There were also criteria that if you had more than 100 employees for the 2020 retention credit, you might qualify for some employees if you were not paying them for their services. In other words, if you were paying employees not to work, then you could be eligible just for those specific employees. And for the period from March through December of 2020, they could receive up to $5,000 should they meet all those criteria.”

The criteria have been changing constantly ever since the PPP and the ERC were introduced last year. “In some instances we have clients who received PPP 1 and 2 and their business was significantly disrupted due to the pandemic,” said Jernack. “I have a facility that does pet boarding, and they were significantly impacted by the pandemic because people were not traveling or going to work. The companies that were hit very hard by the pandemic ended up qualifying in 2020 for the Paycheck Protection Program in that first round. They were able to apply and receive full forgiveness on that and now we’re able to go back and file amended payroll tax returns for 2020 to claim the employee retention credit, which could be up to $5,000 per employee if they are under that 100-employee mark for 2020.”

The new rules are more flexible now, but businesses and their accountants still need to be careful to follow them. “When you look at the employee retention credit for 2021, it’s a lot looser,” said Jernack. “There are more companies that can qualify for that, and they can also still receive the second round of PPP. For 2021, if they have 500 employees or less, and the revenues are down by 20 percent, they might qualify for a credit of up to $7,000 per quarter per employee, so it would be pretty significant. For the revenue streams that you look at for both the PPP and the retention credit, you would look to your quarterly revenues. For the PPP, you can compare the quarter to the same quarter in 2019. For the retention credit, depending on if you’re looking at 2020 or 2021, you would compare it to that same quarter in 2019. It’s really not straightforward at all. We really need to do an analysis because each scenario is very different.”

However, despite the increased flexibility, accounting firms and their small business clients have been experiencing problems with getting the PPP loans because of validation checks and error codes that the SBA added to its E-Tran system in an effort to deter the rampant fraud found in the program last year, when many nonexistent businesses were receiving loans or were faking their employee numbers. Those fraud checks are holding up legitimate applications this year.

“We’ve experienced significant challenges with our clients in receiving the second round of funding,” said Jernack. “I have clients who applied right away in early February and they still have not received the funding for the second draw. There were a lot of errors that were being kicked back relating to taxpayer ID numbers with the second round. It was something that we weren’t expecting. We were expecting it to be a fairly seamless process. Clients had been through it before. The banks had already gone through it. It’s been quite a painful process.”

The Biden administration instituted a special two-week period this year to allow the smallest businesses to get the PPP loans because many of the loans last year went to large companies and franchises. “A few weeks in, the SBA came out and announced they were blocking out the 14-day period to be specifically for those small businesses that had less than 20 employees,” said Jernack. “A wrench was thrown in there too.”

Even when a business does get the PPP loan, the forgiveness application process can be complex. “There’s a lot that goes into it,” said Jernack. “There are different periods that can be used. With the rules changing and now the employee retention credit component, your entire calculation may change. And once the second round of PPP came out, a lot of banks stopped accepting forgiveness applications and put a block there as well, so it’s been a rollercoaster ride.”

In the meantime, both small and midsized businesses are waiting for the loans in order to survive, and an extension on the March 31 deadline is urgently needed. “We’ve seen many of our clients early on who applied for the second draw and they haven’t received the funds,” said Jernack. “It’s been a process that’s been dragging on. March 31 is going to be here before we know it, and I’m not sure that the banks and the SBA are going to be able to get the money to our clients. It is unfortunate because while this block was there to help the very small businesses and the less privileged get more money, there is a lot of volume coming in and they wanted to make sure they were getting the money to the small businesses. However, we still have many clients who really need the money and they haven’t been able to get it. I have a restaurant client who applied on literally the first or the second day and hasn’t received the funds. Another client’s revenues were probably down close to 50 percent, and they haven’t been able to receive the funds. They might not be companies that have 20 employees or less. Maybe they have 50 to 100 employees, but they’re still suffering and they’re still privately owned small businesses with only a few million dollars in revenue, if that, and they do need the money. Their businesses have been significantly disrupted and they got kicked out because there are over 20 employees, but they haven’t been able to receive the funding, and the banks can’t help.”