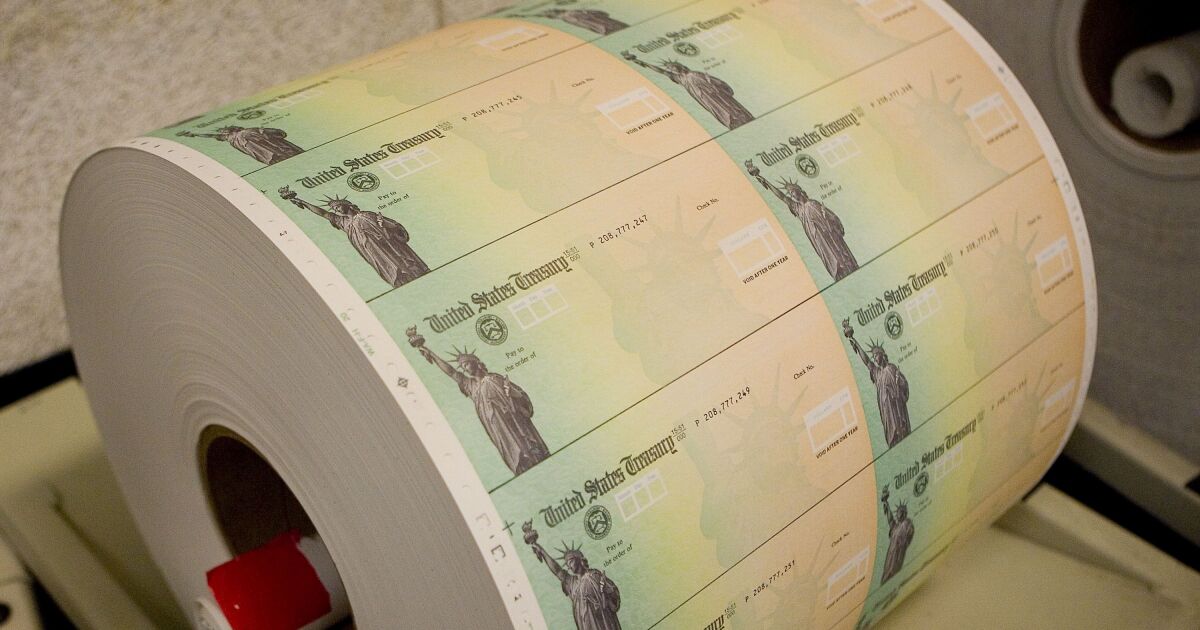 A group of House Democrats is sounding the alarm about delays in Economic Impact Payments going out to beneficiaries of Social Security and other safety net programs.

The IRS began delivering a third round of Economic Impact Payments a little over a week ago, sending $1,400 per taxpayer, mainly through direct deposit. The next batch of payments will be going out to taxpayers this week, with many of them delivered by paper check or on a prepaid debit card in the mail. However, while some taxpayers started seeing the direct deposits showing up in their bank accounts two weekends ago, many taxpayers who receive benefits from Social Security, SSI, railroad retirement and Veterans Affairs are still waiting.

“The American Rescue Plan was intended to provide much-needed economic stimulus and assistance to people across the country — immediately — and we are counting on your agencies to ensure that beneficiaries are not left behind in the seamless delivery of those payments,” the leaders of the tax-writing House Ways and Means Committee wrote. “However, we were alarmed to learn recently that most Social Security, SSI, RRB, and VA beneficiaries who are not required to file a tax return have not yet received their payments and the IRS is unable to provide an expected timeline for these payments. Some of our most vulnerable seniors and persons with disabilities, including veterans who served our country with honor, are unable to pay for basic necessities while they wait for their overdue payments.”

Many beneficiaries experienced similar problems with the initial round of payments last year because the IRS didn’t have direct deposit information on file for many retirees who traditionally earn so little income that they usually don’t file a tax return. The IRS set up an online Non-Filers tool on its website last year where they could enter their information, but it’s closed this year. This time around the IRS only set up a Get My Payment tool where taxpayers could check on the status of their payments. The lawmakers urged the agencies to accelerate the process of delivering the payments.

“We urge the IRS and SSA to move with all deliberate speed to quickly issue these payments to Social Security and SSI beneficiaries — and we urge the IRS to work with the RRB and VA to pay those beneficiaries expeditiously as well,” they wrote. The lawmakers asked the IRS and the Social Security Administration for an update on the stimulus distribution timeline by Friday, March 26.

One tax expert warned elderly taxpayers to be careful they don’t fall prey to scammers who might try to steal their stimulus payments. “There’s a proliferation of folks who just want to scam some innocent people here, and I think the message to the general public is that they will not be contacted by the IRS, either by a phone call or emails or texts,” said Jim Guarino, a managing principal at the accounting firm Baker Newman Noyes. “Some of our less technology proficient folks could fall victim to that. Anyone who is not receiving the stimulus checks directly to their bank account has to be very suspicious and wary if they’re receiving any communication whatsoever. Hopefully the only communication they receive is the actual paper check or if the government sends them a debit card. If anyone wants to talk to them, I’d be very nervous.”

However, he also cautioned taxpayers to be on the lookout for the debit cards when they arrive in the mail. They should be marked more clearly this year than last year. “Last year originally when some folks received those debit cards, they thought it was advertising and threw it away,” said Guarino. “Hopefully we don’t see that mistake made again this year.”

Some of the delay could just be due to the IRS trying to cope with an extraordinary time when it’s dealing with a series of tax changes, multiple rounds of Economic Impact Payments, and the pandemic. “My heart goes out to the IRS, truly,” said Guarino. “They’ve got a lot on their plate right now. We’re in the middle of the 2020 tax-filing season, but they’re still trying to recover from all of the backlog with the 2019 tax season filing. They’re trying to get through all of last year’s information. They’re dealing with current year information, and now they’ve got this huge tax act package that’s going to require implementation between now and the end of the year. I think that’s quite a task. That’s a lot to ask for.”