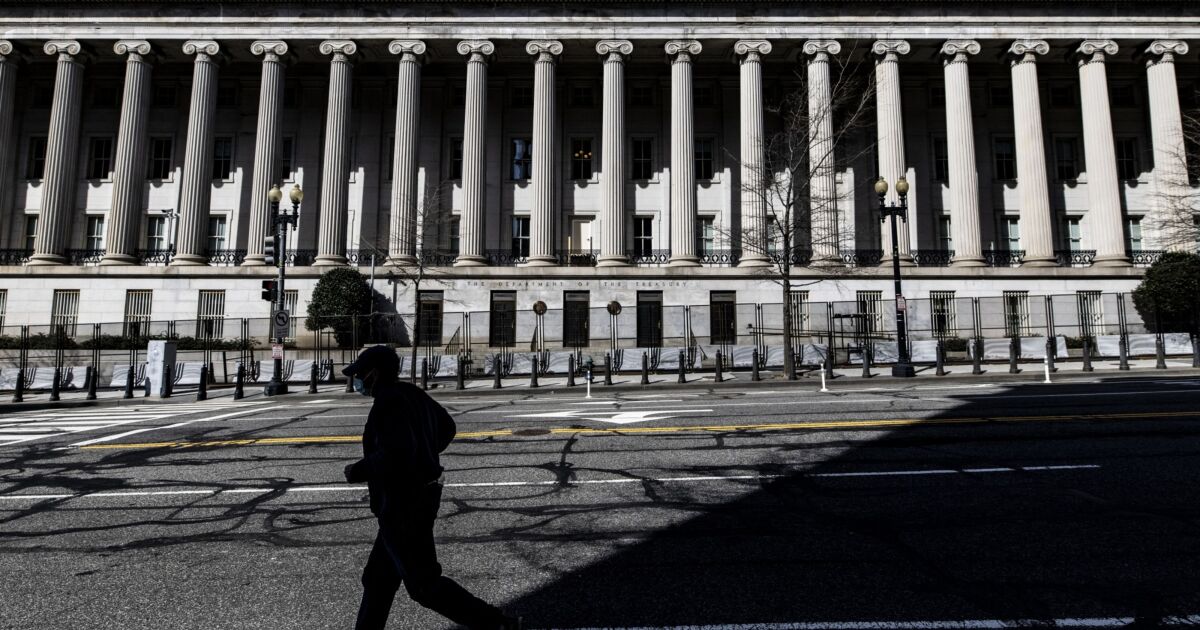 Making such a change is critical to maintaining domestic tax revenues and protecting American workers, Kimberly Clausing, the Treasury’s deputy assistant secretary for tax analysis, said in prepared remarks to the Senate Finance Committee on Thursday.

Clausing’s comments go to the core of discussions among Democrats as they look to draw up legislation that would increase taxes on corporations and wealthy Americans. Biden is planning to propose an increase in the domestic corporate rate to 28 percent, and he also campaigned on taxing foreign profits at 21 percent. A formal plan is expected as soon as next week.

But the idea is hitting resistance from the GOP. U.S. companies should not be “hamstrung by uncompetitive taxation,” Senator Mike Crapo, the top Republican on the Senate Finance Committee, said. “What we should not do is hastily change the system purely for the purposes of raising revenue, bringing inversions and foreign takeovers of U.S. companies right back to the forefront.”

Clausing dismissed those worries, saying that U.S. corporations were already competitive before President Donald Trump’s 2017 tax law lowered the domestic corporate rate to 21 percent from 35 percent and instituted a complex international system that imposes about a 13 percent tax on foreign profits. After the tax cut, companies pay far less than their peers, she said.

“Concerns about the competitiveness of U.S. multinationals ignore the evidence,” Clausing said. “Both before and after the 2017 Tax Act, U.S. multinational companies are the envy of the world, not just for their high profits and market capitalization, but also for their tax-planning acumen.”

Senate Budget Committee Chairman Bernie Sanders is proposing corporate tax increases that are even bigger than the ones Biden is considering.

Sanders said in a statement Thursday that he is planning to introduce legislation that would raise the corporate rate to 35 percent and end many provisions in the tax code that allow companies to lower their tax bills by booking profits overseas. The plan would raise more than $1 trillion over a decade, Sanders said, citing projections from the congressional Joint Committee on Taxation.

Sanders’s proposal illustrates the division among Democrats on the scope of the tax increases they should pursue as they look for ways to finance infrastructure, climate-change programs and other priorities. Democrats largely agree that businesses and wealthy households should pay more, but they have yet to debate the specifics.

The Biden and Sanders proposals are certain to be met with fierce opposition from Republicans, who make up half of the Senate. Some portions of the plans could also face pushback from moderate Democrats.

Sanders, a Vermont independent who caucuses with Democrats, also said he would introduce a second bill that will create a surtax on the estates of the richest Americans. The plan would impose a 45 percent estate tax on fortunes worth at least $3.5 million and a 65 percent levy over $1 billion. That would raise $430 billion over a decade, Sanders said.

Abigail E. Disney, an heiress to the Walt Disney Co. fortune who advocates for higher taxes on the wealthy, told the Budget Committee that people like her should pay more. She said that her family’s success was incumbent upon federal infrastructure investments that made the Disney theme parks possible.

Senator Lindsay Graham, the top Republican on the Budget Committee, said Democrats are being too aggressive in their attempts to raise taxes.

“I’m not advocating eliminating the death tax, but I am advocating making it possible for people who work all their lives to pass wealth to their families,” he said at a Budget panel hearing on the tax code Thursday. “And when Bill Gates’ time comes, I think he’s done a good job with his money, I don’t want the government to grab all of it at the end.”

Senator Elizabeth Warren, a member of the Finance Committee, said she supports raising the corporate rate and repealing tax code provisions that allow companies to lower their tax bills, but she said there also needs to be a minimum tax on the profits that companies report for financial accounting purposes. The Massachusetts Democrat said she plans to introduce legislation that would impose a minimum levy on those profits.

That issue has been highlighted in recent years when companies including Amazon.com Inc, Netflix Inc. and Zoom Video Communications Inc., have largely been able to avoid paying federal income taxes in some years despite turning a profit because they used legal maneuvers, including write-offs for business expenses, to whittle down their tax bill.

“Corporations will never stop trying to bend the rules,” Warren said at the Finance hearing. “When you plug one loophole they are going to bring in armies of lawyers and lobbyists and accountants to try to find another one.”

Biden campaigned on imposing a minimum 15 percent tax on corporations’ book income. The change would upend how companies compute their finances for tax purposes and could face significant hurdles to becoming law.