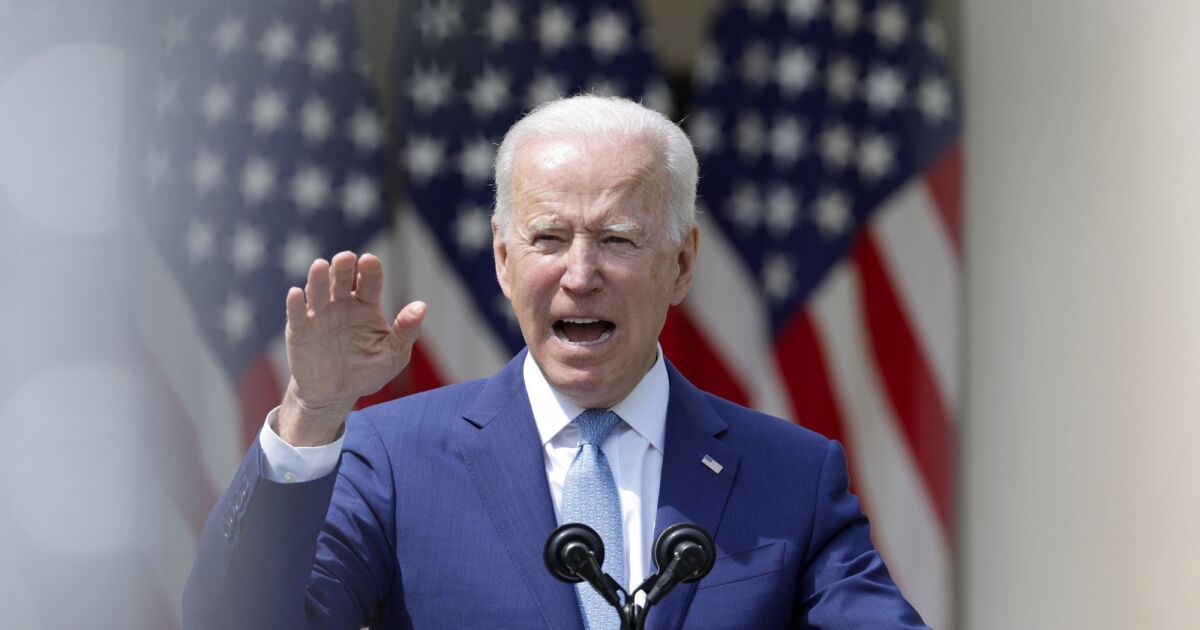 The U.S. president wants to raise corporate income tax to 28 percent and set a 21 percent minimum levy on global corporate earnings. The ambitious package is set to face resistance in Congress, before a potentially revised version goes into effect next year.

Goldman strategists including David J. Kostin write in a note that in the unlikely scenario that no tax reforms are adopted, the S&P 500’s annual earnings per share will grow by 12 percent to $203 next year. However, full adoption of the Biden proposals would cut growth to just 5 percent or $190.

“Legislation will be heavily negotiated,” the strategists wrote, adding their current estimate for a 9 percent earnings per share growth assumes that taxes will rise. The strategists predict that a statutory rate hike to 28 percent would shave off $8 from EPS growth next year, the foreign income rate hike would cost $5, while a minimum corporate rate of 15 percent would erase $1.

The president plans to meet with a bipartisan group of centrist lawmakers on Monday as part of his pitch to support initiatives that he said would address inequality, strengthen the U.S. economy and rebuild the country’s infrastructure. Centrist Democrats like West Virginia’s senator Joe Manchin have said that the current tax proposal goes too far.

U.S. equity futures retreated on Monday, following a third straight week of gains and fresh records for the S&P 500 Index.

While global stocks have rallied on the expectation that economies will rebound as vaccinations against the coronavirus progress, cash-starved governments are under pressure to raise corporate taxes following an unprecedented spending spree to cushion the blow from the steepest recession in living memory.

The Biden administration has floated a proposal for a new international tax code that would hit as many as 100 global corporate giants with a levy on their revenue. A push by European Union members to tax more of the income on the countries where tech giants do business had been stalled, amid a pushback from Donald Trump’s administration.

— With assistance from Michael Msika