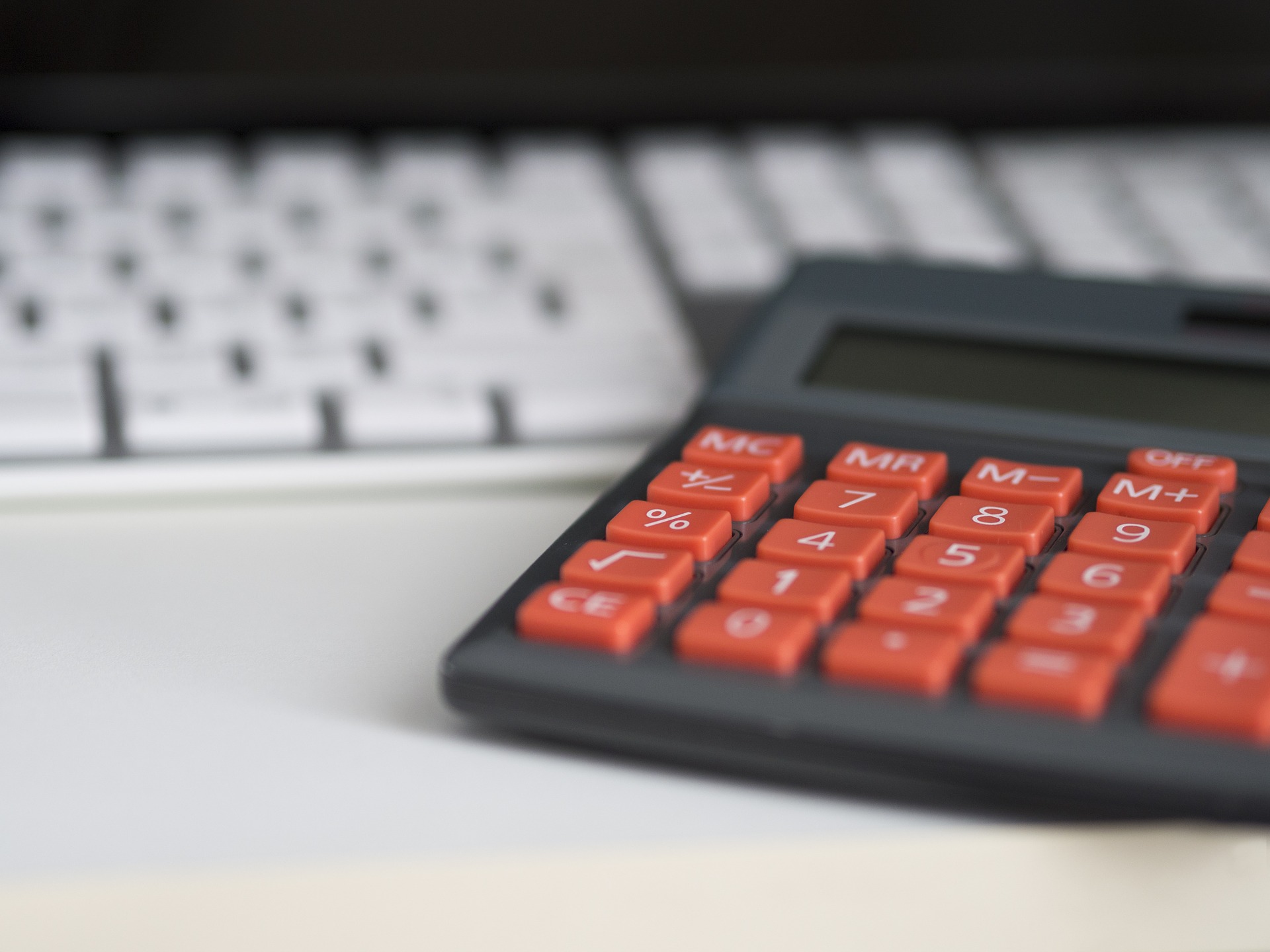 President Biden’s administration argues in the Made in America Tax Plan that corporate taxes should be raised to address a declining share of national income accruing to labor. The problem with the argument, which primarily relies on measures of gross domestic income, is it ignores that some income doesn’t accrue to workers or capital owners. Using net income instead, we see that labor and capital’s share of income are well within their historical range.

Some capital income does not actually end up in people’s pocketbooks because it is paid directly to the government in taxes or because it is used to replace worn down assets. Excluding both categories of income that people do not actually receive means we can look specifically at the capital and labor income earned on net by people in the United States. 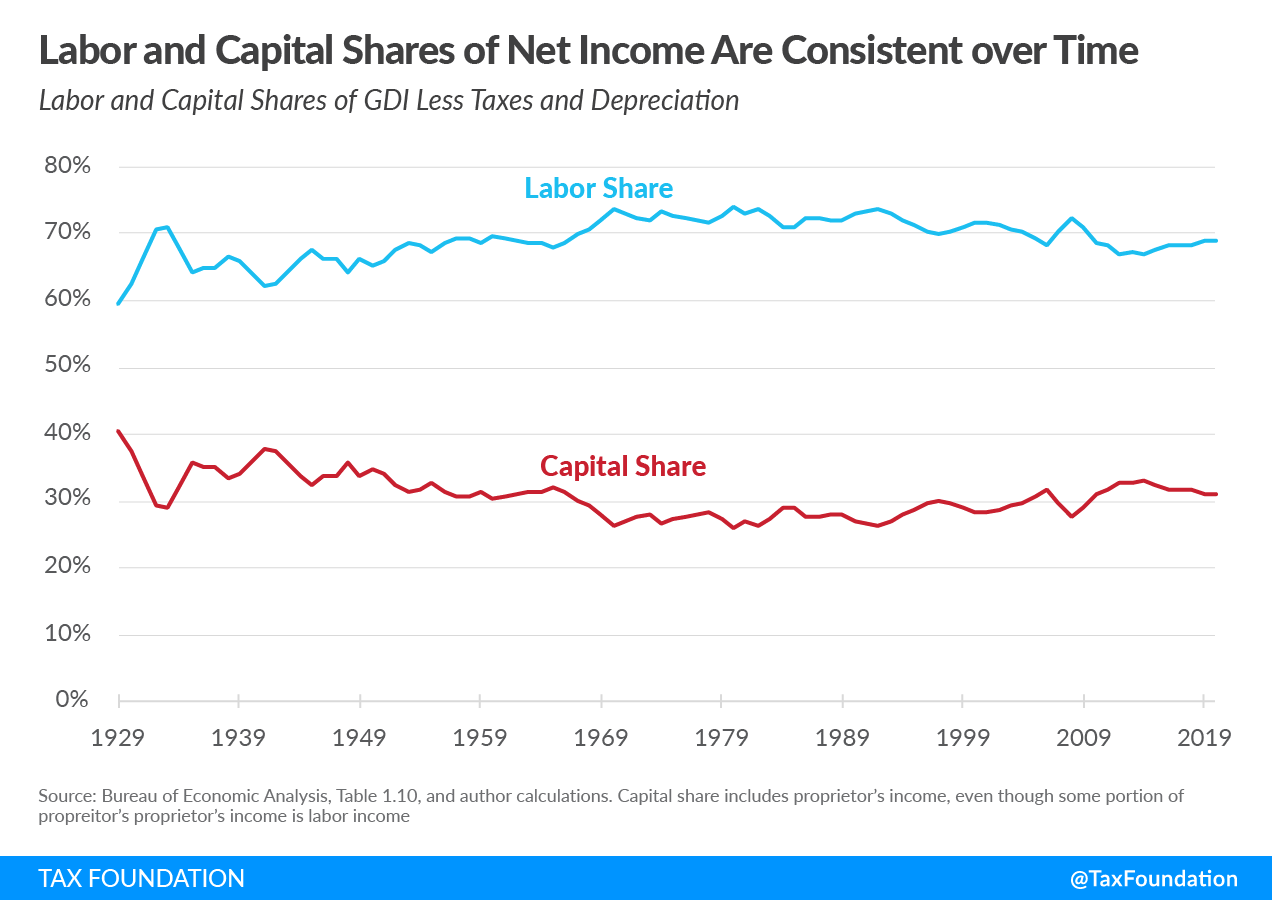 This chart uses the Bureau of Economic Analysis (BEA) calculation of Gross Domestic Income (GDI), which is a measure of the incomes earned and the costs incurred in production of gross domestic product (GDP). In other words, while GDP measures the value of the things we make in the United States, GDI measures the income we earn from making those things.

GDI also includes a measure of business profits that adds up proprietor’s income (the income of noncorporate businesses such as sole proprietorships and partnerships); corporate profits (including S corporations); interest income and miscellaneous business payments; and housing income—together they comprise capital income. (It also includes a very small amount for government enterprises.) Important to note on the measure of capital income is that proprietor’s income represents both capital and labor income. Owners are compensated both for work and investment in their businesses, but the split is hard to determine, so it is all counted as capital income.

Some income, though, never reaches individuals. GDI includes two categories—taxes on production and imports less subsidies and taxes on corporate income—that go directly from business profits to the government.

Further, some income does not make it to individuals or the government; instead, it is set aside to replace worn down machinery, repair broken-down buildings, and replace obsolete software. That is, GDI counts “consumption of fixed capital,” i.e., depreciation, as income—although it is really an expense, or income set aside to replace worn down assets.

All of this was explained by BEA economist Benjamin Bridgman in a 2017 paper (updated from 2014). He finds that while the U.S. labor share of gross income has been dropping since the 1970s, using “the correct measure” of net income that nets out what doesn’t add to capital (taxes and depreciation) indicates “the overall picture is no longer one of unprecedented, globally declining labor share.”

In other words, the historic low labor share cited by President Biden is largely attributable to increasing depreciation as well as business taxes.

Similarly, in a 2015 paper, economist Matthew Rognlie argues that looking at the net measure is more applicable when discussing distribution and inequality “because it reflects the resources that individuals are ultimately able to consume.”

Rognlie also takes a closer look at changes within the capital share of income. He finds “the net capital share generally fell from the beginning of the sample through the mid-1970s, at which point the trends reversed. In the long run, there is a moderate increase in the aggregate net capital share, but this owes entirely to the housing sector.”

While the net capital share in the housing sector has moderately increased since the 1970s, the long-term movement of the net capital share overall has generally remained steady, including in the corporate sector of the economy. Housing includes all homes, whether rented or owned, and includes the surplus value housing provides to homeowners even after accounting for money lost to upkeep and interest.

In conclusion, these studies find that the shares of net income going to labor and capital have not changed substantially over more than 90 years. Both shares are well within their historical range, and recent changes are primarily driven by factors like exclusions for employer-provided health insurance and the returns to owner-occupied housing.

Policymakers should remember that capital and labor are the main inputs to production, and they are complementary—more capital increases labor productivity, and more labor increases the return to capital. Ultimately, concerns over inequality should focus on differences within labor compensation rather than the split between labor and capital. Increasing the tax burden on capital would be misguided and harm labor too.