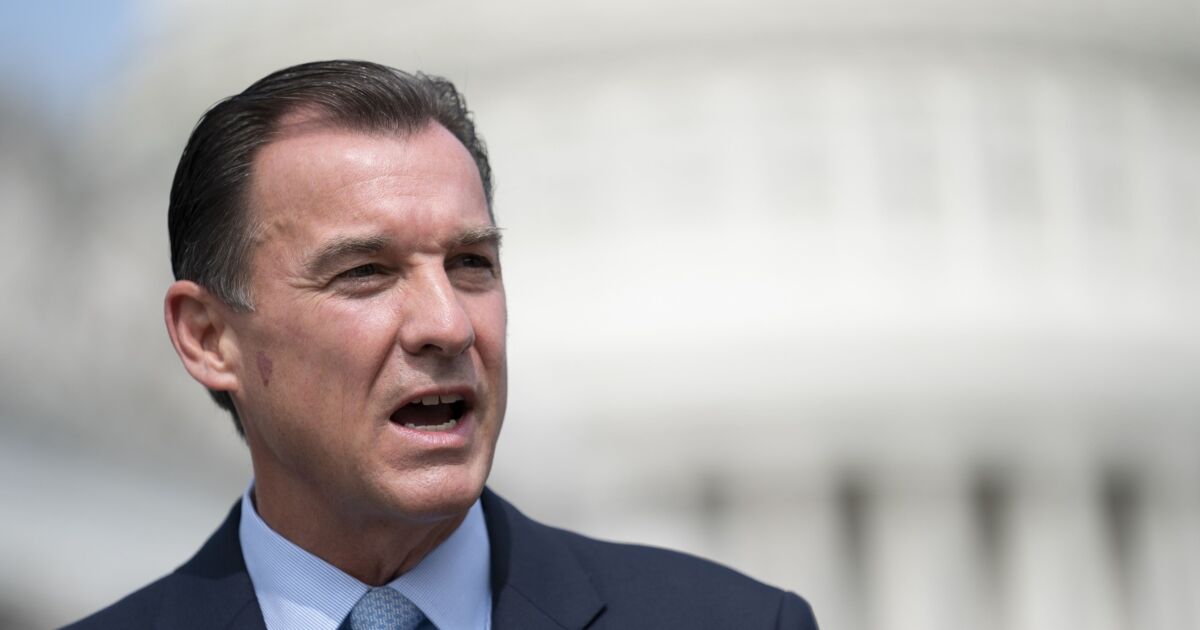 Democratic and Republican House members are forming a bipartisan group to push for a repeal of the $10,000 cap on state and local tax deductions, demonstrating a broadening campaign to restore a valuable tax break.

“We are trying to build a diverse group of people,” said Representative Tom Suozzi, a New York Democrat who is co-chair of the new Bipartisan SALT caucus. “SALT really affects a lot of different places in this country.”

The group, with 21 Democrats and nine Republicans as founding members, gives lawmakers an official platform to push for an expansion of the SALT deduction, co-chair Josh Gottheimer, a New Jersey Democrat, said. The caucus is forming as the House begins negotiating and drafting President Joe Biden’s planned tax hikes on companies and the wealthy, a $2.25 trillion infrastructure-led-program and a forthcoming social-spending package.

Several members of Congress, including many of the lawmakers in the new SALT caucus, are threatening to vote against Biden’s plan to use the Tax Code to fund his vision unless the legislation also repeals the $10,000 limit on SALT write-offs. The cap was put into place in President Donald Trump’s 2017 tax law and has been a point of criticism for many lawmakers representing high-tax areas since then.

There are more than enough Democrats who have said they would vote against any bill that doesn’t include SALT reform to stall the legislation in the House. Republicans have nearly universally said they won’t vote for Biden’s plan as constructed now. That means House Speaker Nancy Pelosi is increasingly likely going to need to come up with a compromise with the SALT-deduction advocates to forge a path forward in her chamber for Biden’s signature legislation.

White House Press Secretary Jen Psaki reiterated the administration’s stance on SALT Thursday, saying it would be up to lawmakers to push for a repeal and figure out how to pay for it.

“The president didn’t put it in his proposal,” Psaki said, referring to Biden’s “American Jobs Plan” released last month. She said the White House understands that a number of members of Congress feel strongly about the SALT issue. “We are happy to hear from them,” she said, while cautioning that ending the cap “is not a revenue raiser” and would add costs.

The state and local tax deduction is particularly valuable to residents of high-tax states, including New York, New Jersey and California, where high incomes and expensive property levies means that many residents have much more than $10,000 of state and local tax costs, and end up with deductions they can no longer claim.

However, the issue is particularly thorny for Democrats because raising or repealing the SALT cap would largely help relatively wealthy residents and would do little to help lower-income households that aren’t likely to have more than $10,000 to write off or even to itemize on their tax filings.

New York Representative Alexandria Ocasio-Cortez, who leads a group of young progressives in the House, said that completely repealing the cap is a “gift to billionaires” and said that the infrastructure package shouldn’t be held hostage by lawmakers wanting to restore the full deduction.

“There’s a conversation to be had, I think, about the cap itself, and at what level it is appropriate, and where we can help families that are really deeply impacted,” she said. “We can have a conversation on the policy, but it’s a bit of an extreme position, to be frank.”

More than half of the benefits would go to households earning more than $1 million a year, according to an estimate from the Joint Committee on Taxation. It would cost $88.7 billion to repeal the cap in 2021, an amount that could eat into Biden’s other priorities.

Caucuses are groups of lawmakers formed to pursue common legislative objectives. The size and scope of the groups — which number into the hundreds — range from the large and influential Congressional Progressive Caucus to smaller, niche groups like the Congressional Bike Caucus.

— With assistance from Justin Sink