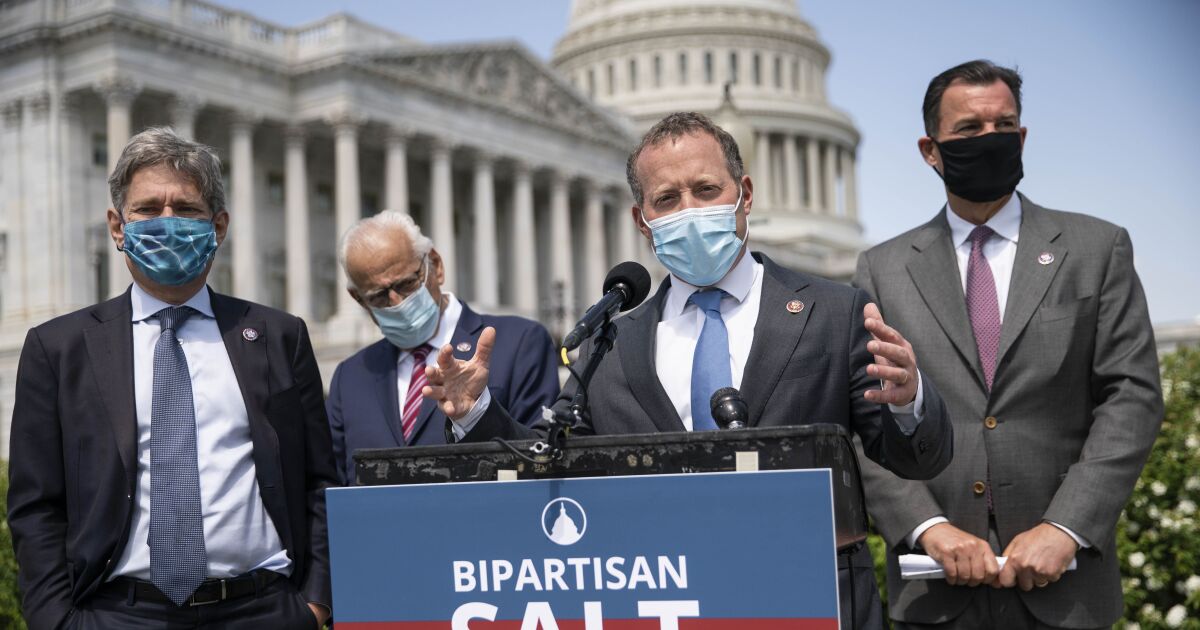 Representative Josh Gottheimer said a repeal of the $10,000 cap on state and local tax, or SALT, deductions could be offset by cracking down on tax cheats, the first proposal from Democrats as a way to pay for revival of a valuable tax break.

The New Jersey Democrat said Monday that increasing funding for the Internal Revenue Service to boost enforcement efforts could yield enough money to pay for reinstating the full SALT deduction as well as a portion of President Joe Biden’s $2.25 trillion infrastructure package.

“We need the administration’s support to increase investment for enforceability,” Gottheimer said at a news conference in New Jersey on Monday. “There is a way to do this by going after what people owe already.”

He said he plans to send a letter to Treasury Secretary Janet Yellen this week that will make the case to give the IRS more tools to stop tax evasion and to use that recovered tax money to fund infrastructure plans and the cost of restoring the SALT write-offs. Former President Donald Trump capped the write-off in his 2017 tax law, a blow to many residents in states like New York, New Jersey and California who used the benefit to reduce their IRS bills.

Gottheimer, along with several other House Democrats and a few Republicans from high-tax states, have said they won’t support the administration’s infrastructure plan if it doesn’t address SALT. There are enough Democrats who have expressed support for re-instituting the full SALT deduction that they could block Biden’s proposal, unless House Speaker Nancy Pelosi can broker a deal.

White House Press Secretary Jen Psaki has said the administration is hesitant to back repealing the $10,000 cap on SALT deductions because it would cost money that could be spent on other priorities. Psaki said that lawmakers should come up with proposals to pay for the more generous deduction if they want it to be a part of the bill.

Restoring the full deduction would cost the government $88.7 billion in revenue for 2021 alone, according to the non-partisan Joint Committee on Taxation.

Gottheimer said he is co-sponsoring legislation from Representative Ro Khanna that would call for minimum audit levels on corporations and high-earning individuals as a way to close the tax gap, or the difference between the levies owed and what the IRS actually collects. Khanna estimates the bill could raise $1.2 trillion over a decade.

The White House, congressional Democrats and some Republicans have said they support boosting IRS enforcement as a way to raise more tax revenue without having to increase tax rates. IRS Commissioner Chuck Rettig told a congressional committee last week that the tax gap could be as high as $1 trillion per year, which is many multiples higher than previous agency estimates.