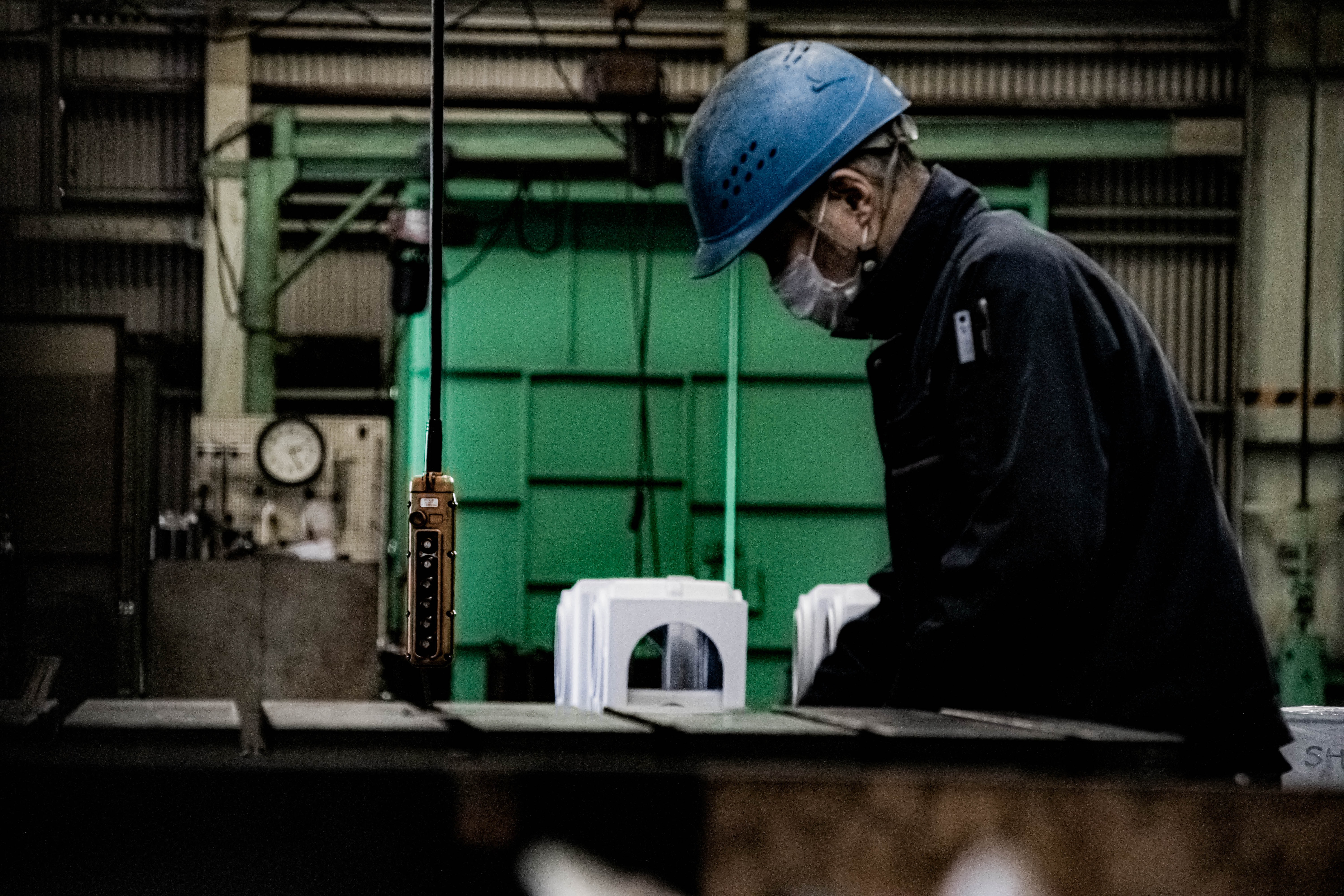 In our new book, Options for Reforming America’s Tax Code 2.0, we illustrate the economic, distributional, and revenue trade-offs of 70 tax changes, including President Biden’s proposal to increase the corporate tax rate to 28 percent from 21 percent today. The Options guide presents the economic effects we estimate would occur in the long term, or 20 to 30 years from now, but we can also use our model to show the cumulative effects of the policy change—providing more context, for instance, about how the effects of a higher corporate income tax rate compound over time, which we estimate would reduce GDP by a cumulative $720 billion over the next 10 years.

Using the Tax Foundation General Equilibrium Model, we estimate the long-run impact of a 28 percent corporate income tax rate would be a 0.7 percent reduction in GDP, amounting to about $160 billion (in today’s dollars) of lost output each year. Similarly, the level of American incomes (measured by Gross National Product, GNP), the capital stock, wages, and full-time equivalent employment would also be lower.

The negative effects of a higher corporate tax rate would build up over several years’ time to reach the estimated long-run equilibrium. The figure that follows shows that buildup over the 10-year budget window, starting with a 0.04 percent drop in GDP the first year and building to a 0.43 percent drop in the 10th year. 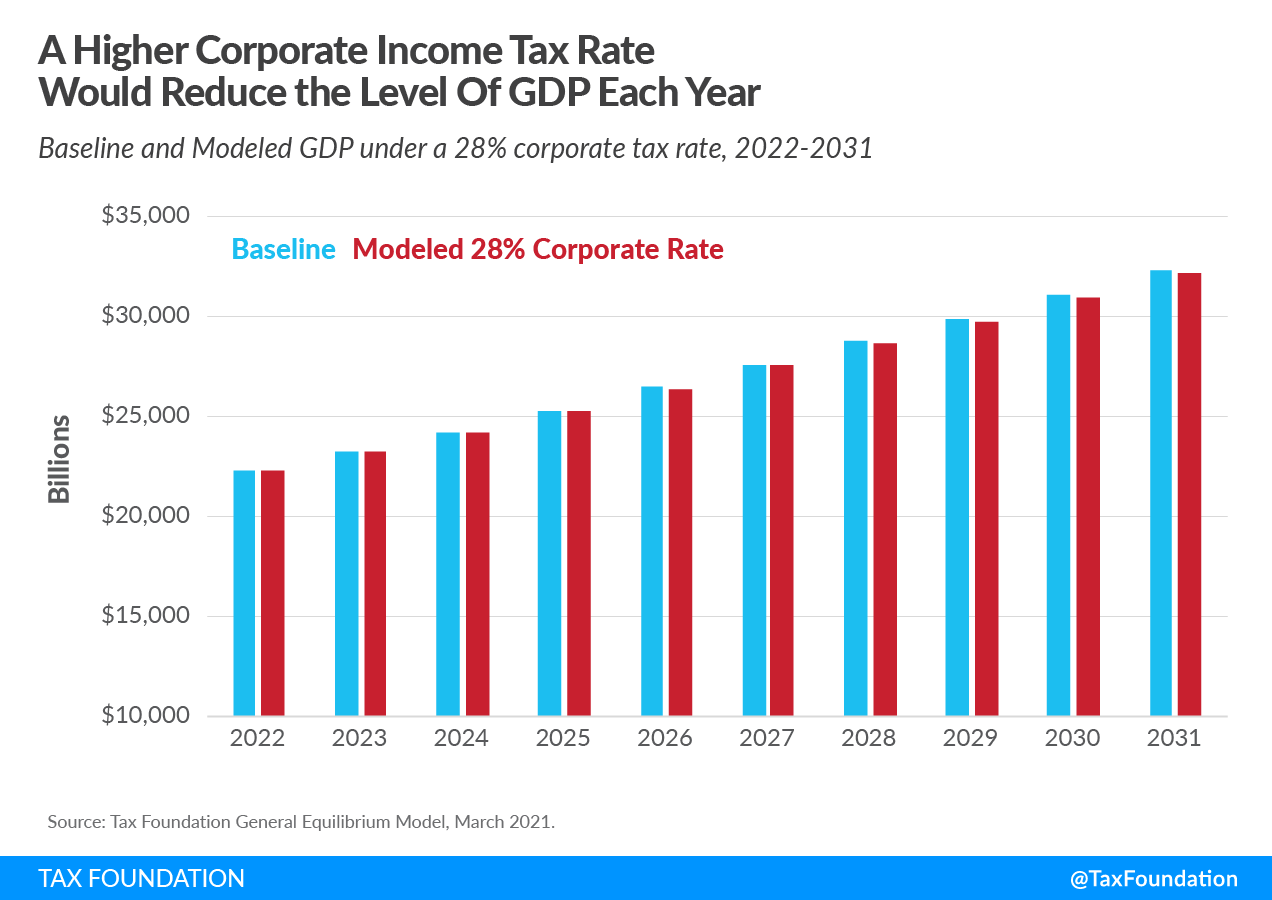 From that 10-year path, we can sum each year’s loss in GDP to arrive at the total accumulated loss in output over the decade, shown in the following figure. For example, in year one, output would be about $8 billion lower; then in year two, output would be another $19 billion lower on top of the $8 billion lost the previous year, resulting in a cumulative loss of about $28 billion. The negative effect continues to build over the following years, adding to a cumulative GDP loss of nearly $720 billion over 10 years. 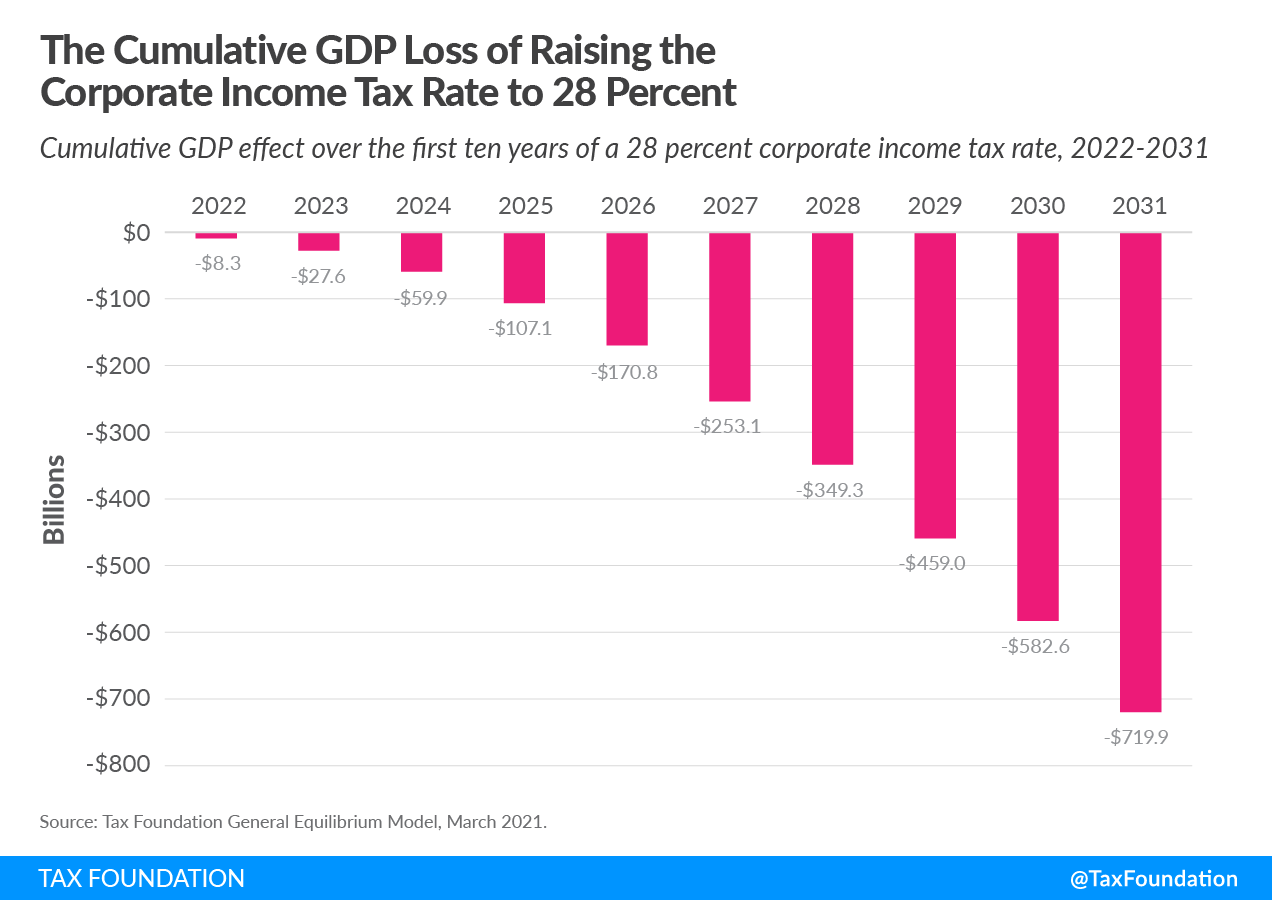 The $720 billion in lost GDP over 10 years slightly exceeds the estimated $694 billion of tax revenue that would be raised over 10 years after accounting for the smaller economy. For instance, in year 10, the economy would be about $137 billion lower, and the government would raise about $65 billion of revenue—implying about $2.10 of output lost for each dollar of dynamic revenue raised (or about $1.34 using conventional revenue) in the 10th year.

Like the decrease in economic output, the declines in after-tax income would accumulate over time. While the percentage change in after-tax income is the right way to measure tax changes by income group—it creates the most accurate representation of the change in the distribution of the tax burden—we can also look at the average tax change in dollars. On a conventional basis, which does not factor in the negative effect of the corporate tax increase, after-tax income accumulated over 10 years for the bottom quintile would drop by an average of $550 (the decline increases to $740 when factoring in the smaller economy).

Corporate income taxes are one of the most harmful ways to raise revenue. They place a higher burden on investment, reduce economic output, and reduce after-tax incomes across the income spectrum—negative economic effects that compound over time.