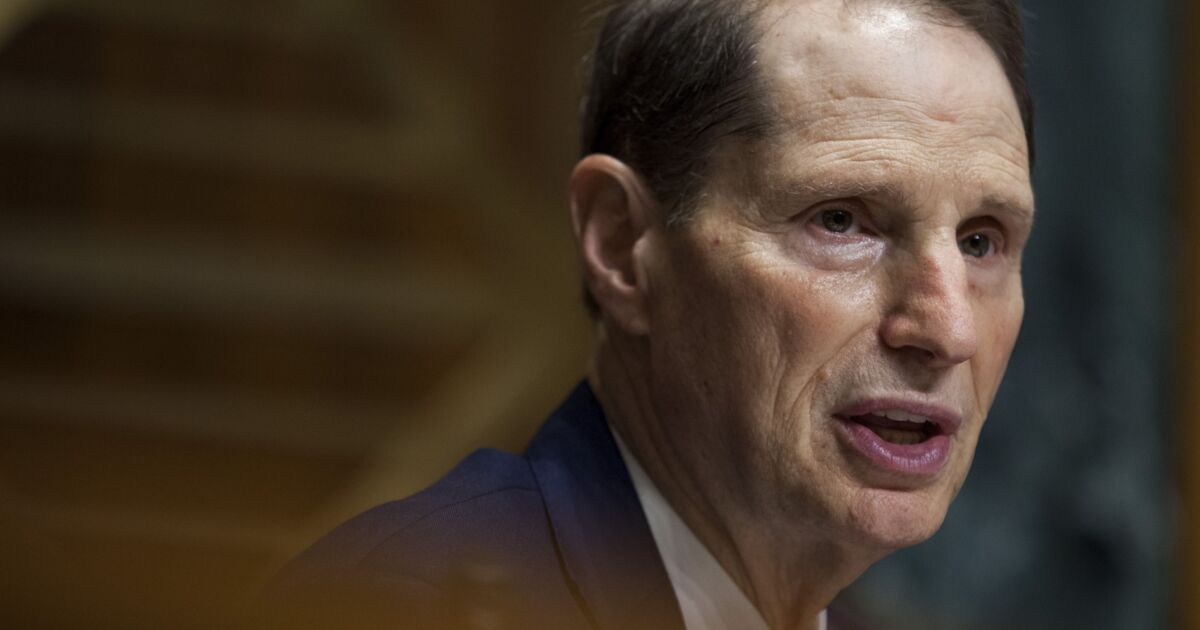 Wyden’s plan, which he introduced Wednesday, would offer an alternative approach to President Joe Biden’s clean energy proposals by creating a new emissions-based tax credit for the production of clean electricity. All energy sources — including renewables and fossil fuels — qualify but they have to have zero or net negative carbon emissions. The plan would also create a production tax credit of up to 2.5 cents per kilowatt hour or an investment tax credit of up to 30 percent for those energy sources.

“Energy policy is tax policy and the federal tax code is woefully inadequate to address the country’s energy challenge,” Wyden said on a call with reporters Wednesday. He said his plan would simplify the “crazy quilt” of more than 40 energy-related tax benefits.

The Oregon Democrat is looking to put his own stamp on renewable energy tax credit proposals. Biden’s $2.25 trillion infrastructure plan would extend existing tax credits for wind energy, solar power and energy storage. Wyden’s plan takes a different approach by replacing all the tax credits for each specific energy type with a technology-neutral tax incentive that would benefit low emitters.

Wyden said his legislation is “quite well aligned” with the president’s plan and that the two proposals likely will be intertwined as the Senate considers the energy-related portion of Biden’s infrastructure proposal. Wyden also said he has been talking “regularly” with Senator Joe Manchin, a moderate Democrat who represents coal-producing West Virginia, and whose vote will be critical to passing any legislation through the evenly divided Senate.

Wyden’s plan also would create technology-neutral tax credit for domestic production of transportation fuel that is 25 percent cleaner than average. In addition, his proposal would create tax credits for energy-efficient homes and commercial buildings. He said his plan provides long-term investments that are critical to meeting the country’s energy efficiency goals. Biden has said he wants to reach a 100 percent clean-electricity standard by 2035.

The Biden and Wyden proposals have significant overlap in the types of energy investment they are looking to prioritize. Both plans would pump money into grid improvements, energy storage, electric vehicles and charging stations.

They both also call for the end of existing fossil fuel tax breaks, such as deductions for drilling costs and distribution expenses. That is likely to face significant opposition from the oil and gas industry, as well as Republicans as the plan moves through Congress.