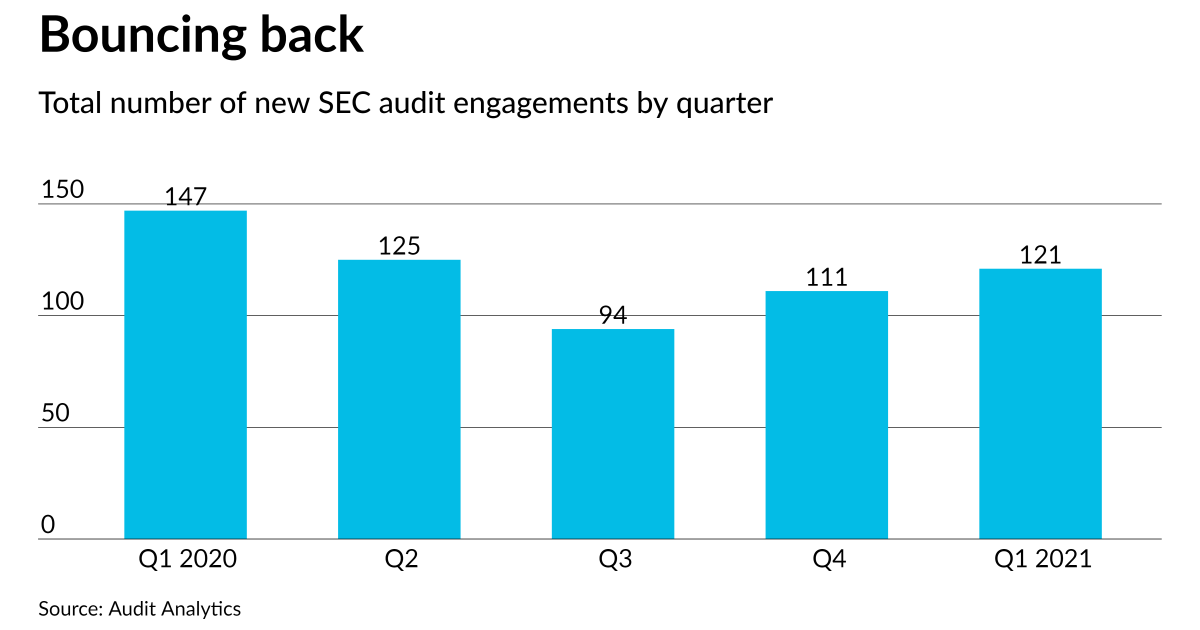 As the number of new audit engagements continued to climb back from mid-pandemic lows, Grant Thornton topped the league tables in terms of new Securities and Exchange Commission clients in the first quarter of 2021.

At 121, the overall volume of new engagements continued its rise from the low seen in Q3 of 2020, but remained significantly off from Q1 of 2020.

Clients by filing status, and more

Data for the quarterly rankings are provided by Audit Analytics, a premium online intelligence service delivering audit, regulatory and disclosure analysis. Reach them at (508) 476-7007, info@auditanalytics.com or www.auditanalytics.com.