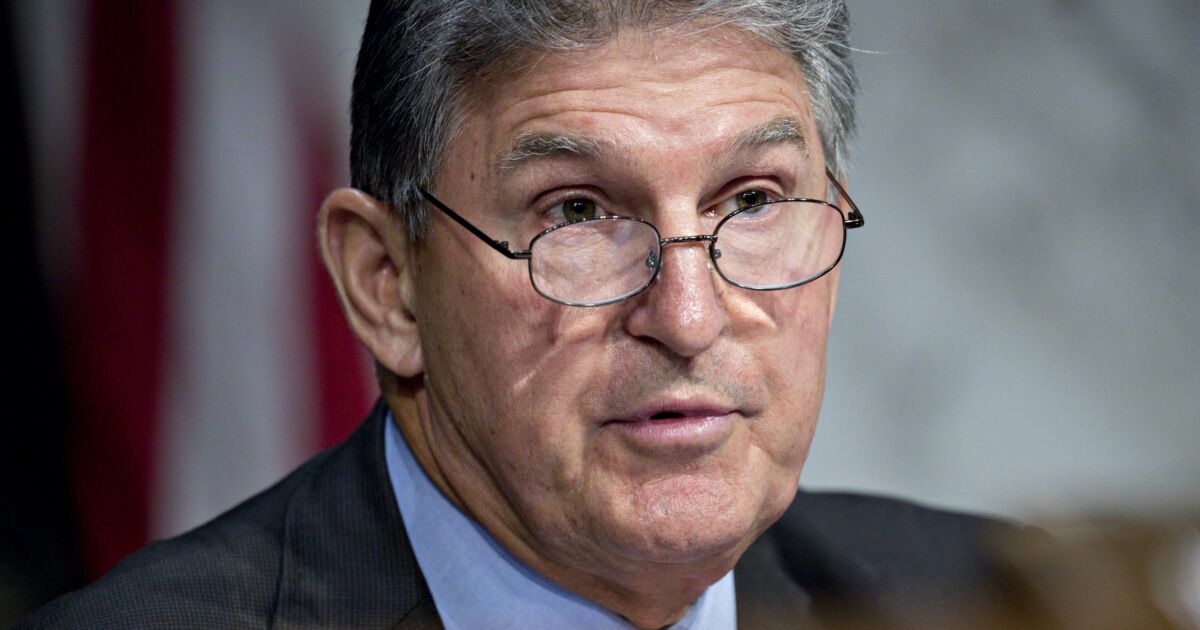 “The carried interest loophole is yet another example of Wall Street executives exploiting our tax code to pad their pockets rather than invest in workers and Main Street,” Brown, chair of the Senate Banking Committee, said in a joint statement by the trio on their legislation.

The bill would require that carried interest profits — which under current law can be taxed as low as 20% — be subject to the same tax rates as other income. Under Biden’s proposal, the top income tax rate would climb to 39.6% from the current 37%.

Manchin has long been a proponent of killing carried-interest preferences, and his involvement in the bill signals that Democrats are united on at least some of Biden’s proposals to boost taxes on the wealthiest Americans. Manchin has expressed some skepticism about other parts of Biden’s plan, however, such as the corporate tax rate. Manchin has said he supports raising that to 25%, from the current 21%, and viewed Biden’s proposed 28% as too high.

Carried interest has been under attack from both Republicans and Democrats for years, though the financial industry has successfully blunted efforts to remove it. The tax break is important to many donors to both parties, particularly those representing New York, such as Senate Majority Leader Chuck Schumer.

President Donald Trump’s 2017 tax overhaul limited the benefit, but fell short of ending it all together.

The bid to end carried interest is one of several plans that Biden is pursing as he seeks to raise tax revenues to fund his economic agenda. Biden is also proposing to tax all capital gains for those earning $1 million or more at 39.6%, up from a 20% base rate.

Eliminating carried interest would have limited budgetary effects, though it may prove popular politically. The Joint Committee on Taxation estimates that ending the tax break would raise only $15 billion over a decade — a small fraction of the more than $4 trillion that Biden is seeking to fund his full longer-term economic agenda.