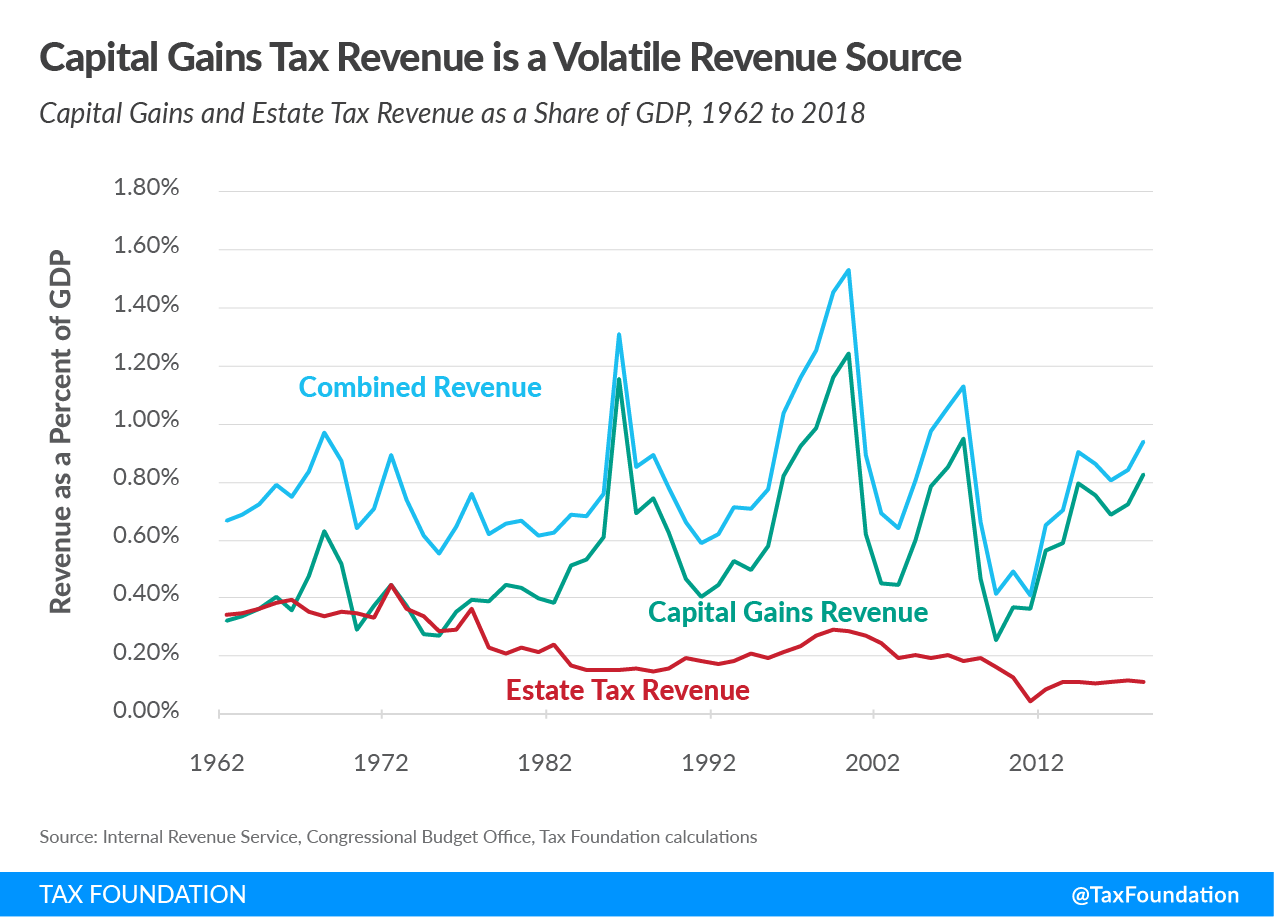 As part of the tax proposals in President Biden’s American Families Plan (AFP), unrealized capital gains over $1 million would be taxed at death. However, this policy would likely raise less revenue than advocates expect after considering the proposal’s impact on taxpayer behavior, including capital gains realizations, and historical capital gains and estate tax revenue collections.

In addition to taxing unrealized gains at death, the AFP would raise the top marginal capital gains tax rate for taxpayers earning over $1 million to 43.4 percent when including the 3.8 percent net investment income tax (NIIT), considerably higher than the current top capital gains tax rate of 23.8 percent. We estimate that taxing unrealized capital gains at death with a $1 million exemption and increasing the tax rate on capital gains (and qualified dividends) would raise about $213 billion over 10 years, lower than other estimates of around $400 billion over that time period.

The AFP proposed raising the top capital gains rate and taxing unrealized gains at death together, because raising the capital gains rate to 43.4 percent alone would lose federal revenue. Realizations would fall so much that it would more than offset the revenue produced by the higher tax rate. Without taxing unrealized gains at death, the revenue-maximizing capital gains tax rate is about 30 percent in the long run and about 20 percent in the short run.

However, there is in fact a great deal of uncertainty about how much realizations would change when taxing unrealized gains at death. First, the policy has never been tried in the United States. Second, partly because of the novelty of the policy, taxpayers may expect it to not be durable, and will hold onto assets with unrealized gains expecting that the policy will be reversed. Third, there may be opportunities for tax planning to reduce or avoid taxation of gains at death, including some techniques that have been developed in response to the estate tax (e.g., gifting), some newer methods (e.g., opportunity zones), and some not yet created.

Estate tax revenue has fallen from about 0.3 percent of GDP in the 1960s to about 0.1 percent in 2018, partly due to an increasing exemption. The estate tax exemption was at or less than $1 million in real terms prior to 2003.

Capital gains taxes have been a volatile source of revenue, as it is sensitive to economic conditions and changes in realizations in expectation of and reacting to changes in tax rates. Between 1987 and 1997, when the top tax rate for capital gains was 28 or 29 percent, capital gains revenue averaged about 0.6 percent of GDP, lower than the 0.8 percent collected today.

Raising the top statutory rate on capital gains often has not led to more revenue as a share of the economy. Between 1970 and 1978, when top statutory capital gains rates exceeded 30 percent—topping out at 39.875 percent from 1976 to 1978—revenue averaged about 0.35 percent of GDP.

The U.S. has not typically seen sustained collections of capital gains and estates taxes above 1 percent of GDP; the longest stretch of time when collections exceeded that level was between 1996 to 2000 during the dot-com boom. It is unlikely this tax change would break that trend, especially given the uncertainty about the long-term prospects of the policy locking gains in place.

As Congress considers proposals to increase the tax burden on capital gains, we should be skeptical of arguments that taxing unrealized gains at death and raising the top tax rate will be a large revenue raiser.