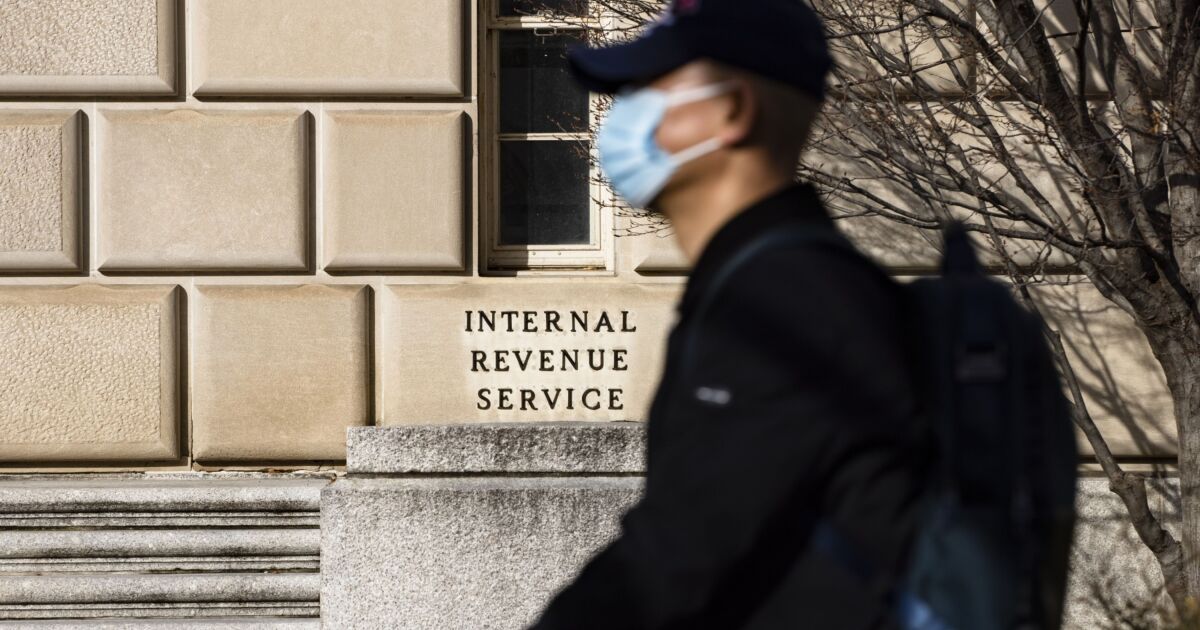 The Internal Revenue Service is starting to provide tax refunds to taxpayers who paid taxes on their 2020 unemployment benefits that recent legislation later excluded from taxable income.

In March, after passage of the American Rescue Plan Act, the IRS said it would recalculate the taxes and refund the money starting in May for any taxpayers who filed early and paid taxes on their 2020 unemployment compensation before the law had passed. The IRS asked tax professionals not to file amended tax returns for those clients, but to wait until the IRS refunded the funds this spring and summer.

The announcement came on the final weekend of another prolonged and confusing tax season for taxpayers and preparers due to the ongoing pandemic, recent tax law changes from the various COVID-19 relief packages passed by Congress since last year, and backlogs and staff shortages at the IRS.

“There have been many changes that our people have had to deal with, just in the last few months,” said Stephen Henley, senior managing director and national tax practice leader at CBIZ MHM. “Last year was a big change with the pandemic shutdowns and everybody moving to remote work, and of course all of the delays with the postponement of the tax deadlines. This year we had the 1040 postponement to May 17, but in addition to that we had the changes in the legislation that occurred at the end of the year that essentially made some retroactive changes to the Employee Retention Tax Credit. That tax credit was pretty much ignored and it really wasn’t a big deal for a lot of companies because they got the PPP loans, and if you got the PPP, you couldn’t get the tax credit. Well, legislation made a retroactive change to that, so all of a sudden it was a big deal. And it happened right there at the beginning of tax season. We’re still working on it for our clients, of course, so that’s an added complexity which is a good thing for our clients and for us, but it’s just another thing that we had to put the list, along with the PPP 2 loans and then the Restaurant Revitalization grant process, which has just kicked off. It’s been challenging from the different changes.”

The American Rescue Plan Act excludes $10,200 in 2020 unemployment compensation from the income used to calculate the amount of taxes owed. The $10,200 per person exclusion applies to taxpayers who are either single or married filing jointly, with modified adjusted gross income of less than $150,000. The $10,200 is the amount of income exclusion, but it’s not the amount of the refund. The refund amounts will vary and not all adjustments will result in a refund. Unemployment compensation remains taxable above that limit.

The IRS said Friday it has identified more than 10 million taxpayers who filed their tax returns prior to enactment of the American Rescue Plan and has been reviewing those returns to determine the correct taxable amount of unemployment compensation and tax. That could result in a refund, a reduced balance due or no change to tax (no refund due nor amount owed).

“These corrections are being made automatically in a phased approach, easing the burden on taxpayers,” said the IRS. “The first phase is underway and includes the simplest returns. The next phase will include the more complex tax returns which the IRS anticipates will take through the end of summer to review and correct.”

The initial phase of adjustments is happening for single taxpayers who had the simplest tax returns, including those filed by taxpayers who did not claim children or any refundable tax credits. The IRS plans to issue refunds by direct deposit for taxpayers who included their bank account information on their 2020 tax return. If valid bank account information isn’t available, though, the refund will be mailed as a paper check to the address of record, which is going to take longer and add to the delays. The IRS said it would continue to send refunds until all identified tax returns have been reviewed and adjusted.

The refunds are going to be subject to the usual offset rules, including overdue federal taxes, state income taxes, state unemployment compensation debts, child support, spousal support or certain federal nontax debts (i.e., student loans). The IRS said it would send a separate notice to the taxpayer if the tax refund is offset to pay off those outstanding debts.

The IRS will also send taxpayers a notice explaining the corrections, and they should receive the notice within 30 days of when the correction is made. The IRS advised taxpayers to keep any notices they receive for their records. They should also review their return after receiving an IRS notice.

The American Rescue Plan Act also included provisions expanding applicability of the Earned Income Tax Credit for single taxpayers. As part of the same process, the IRS is also making corrections to any claims for the Earned Income Tax Credit for people without qualifying children and the Recovery Rebate Credit, which is used to claim funds from any Economic Impact Payments that a taxpayer didn’t receive last year. However, the IRS noted that some taxpayers may be eligible for certain income-based tax credits not claimed on their original return, such as the EITC for their qualifying children. If so, it advised taxpayers to file an amended tax return if the revised adjusted gross income amount makes them eligible for extra benefits.

After the IRS gets finished with this initial phase for simpler tax returns, more complex corrections will begin, such as for married couples filing jointly.

The American Rescue Plan Act also suspends the requirement to repay excess advance payments of the Premium Tax Credit, or APTC. “If a taxpayer paid an excess APTC repayment amount when they filed their 2020 return, the IRS is also refunding this amount automatically,” said the IRS. “If the IRS corrects the taxpayer’s account to reflect the unemployment income exclusion, the excess APTC amount that the taxpayer paid will be included in that adjustment. The IRS is also adjusting accounts for those who repaid excess APTC but did not report unemployment compensation on their 2020 tax return.”

Taxpayers who have not yet filed a tax return should consult the guidance for Forms 1040 and 1040-SR, which explains how to exclude unemployment compensation.

All in all, many tax professionals will be glad to see the end of this long, extended and stressful tax season

“One of things that happens when you have an extended deadline like that is it seems like it has a slowing effect on your ability to get the right data for the tax return process,” said Henley. “It seems like every year it’s getting harder and harder to get the client data in quickly. Obviously if you don’t get the client data, it disturbs your workflow. You have things scheduled and you can’t do them, and you have to move things around.”

He’s hoping that the remainder of the year and next tax season will be less difficult. “It’s been challenging when you have these shifting deadlines, and hopefully this is the last year we’ll have to deal with it, but of course we don’t know what will happen in the future,” said Henley. “But I’m hopeful that we’ll get some sense of normalcy after this year.”