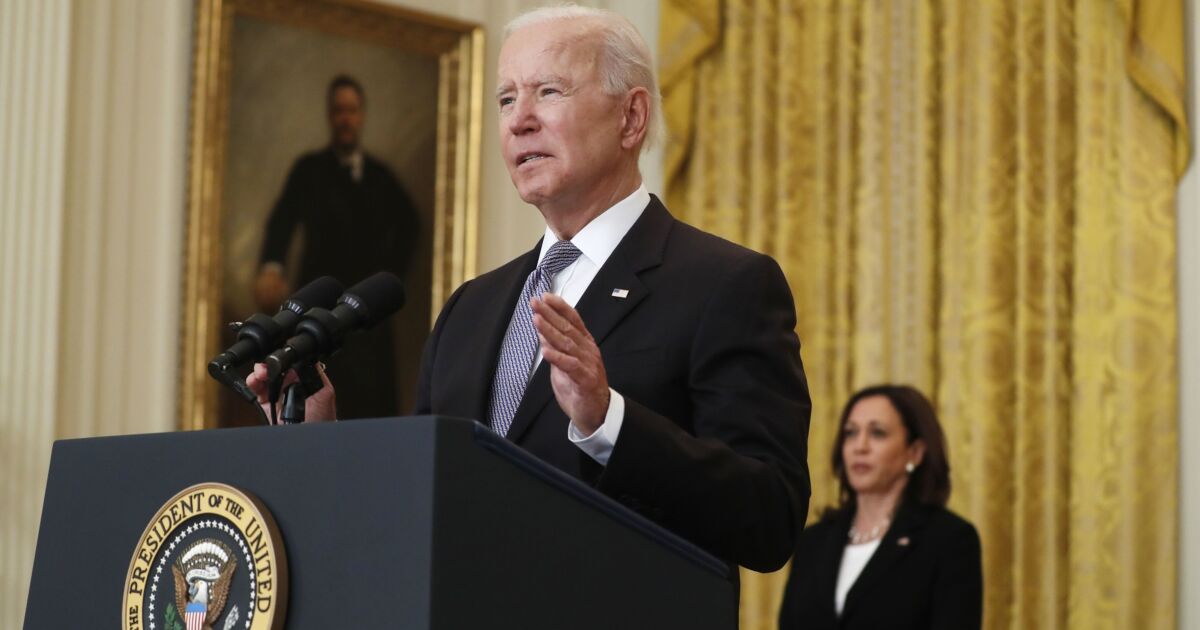 Just how much money are wealthy clients about to lose amid looming higher taxes on their investment profits? Advisors and market watchers are anxiously looking to next week to finally shed light on the red-hot question.

An all-but-certain increase in the capital gains rate, a hike championed by President Biden that the Democrat-controlled Congress will need to approve, has spawned a giant parlor game for the affluent. When will Biden’s proposed increase go into force? And just how high will the new tax rate be?

Money managers of all stripes, in a frenzy of worry since Biden unveiled his tax plan last month, may get some answers on May 27, when the president releases his annual budget for the government’s coming fiscal year. The document should be complete with detailed proposals to pay for his $2 trillion infrastructure and jobs plan and $1.8 trillion plan for education and child care. His budget will have a revealing companion: the Treasury Department’s explanations of revenue proposals, a tome known to policy wonks as the “Green Book.”

“The ‘Green Book’ is the first indicator of how this could look,” says Jorge Castro, a lawyer focused on tax policy at law firm Miller & Chevalier in Washington, D.C.

For those making at least $1 million a year — a coveted demographic for advisors chasing mass-affluent clients — Biden wants to nearly double the current long-term capital gains rate of 23.8% (which includes the 3.8% Obamacare surcharge) to 43.4%. Raising the prefential rate, which falls on stocks, property, cryptocurrency and other assets sold after one year and is well below the current top individual rate of 37%, would cut into the heart of investment profits that have fuelled wealth amid the stock market’s rise.

Minus the Obamacare surcharge, 39.6% is also the top rate that Biden wants on those making more than $400,000 a year. Such earners currently pay either 32% or 35%, depending on whether they’re married or single, under the sweeping tax cuts of 2017.

When?
The proposals have sparked fever-pitch anxiety at many investment firms and prompted wealth advisors to wrangle tax planning strategies for affluent clients. On May 19, Brian Gardner, the chief Washington policy strategist at brokerage and investment banking firm Stifel, wrote in a weekly note that he thought the increase would go into effect on May 27, the day the budget is released.

“Investors should be prepared that the Biden administration could announce its intent to make the release of the Green Book the effective date,” he wrote. His thinking: Biden doesn’t want to give investors a heads-up by announcing a future date that could spur them to cash out gains now at the current low rate — a move that would partially defeat his goal of raising revenue to pay for his multi-trillion dollar plans.

A retroactive date is possible while legislation is finalized, says Castro, who was an advisor to the IRS Commissioner from 2010—2013 during the Obama administration. But it’s “unlikely,” he says, because the political blowback that would come from slapping higher taxes on past transactions would be severe. What’s more, pre-announcing a rate hike date could unnerve markets. Tom Stout, a KPMG director, told a KPMG podcast on May 14 that spooked investors could decide to cash out immediately. The panic selling, he said, “could have a market effect.” Charity Falls, a senior wealth strategist at the private bank at Union Bank, says that “our current best guess is January 1, 2022” for an increase.

Biden mentioned tax hikes during his 2019 presidential campaign, which criticized millionaires. After he made his proposals more formal last month during the ramp-up to his first budget process in office, Castro says “the initial thinking” by many investors was that a capital gains increase would be retroactive all the way back to the start of this year. With the S&P 500 up more than 38% over the past 12 months and Biden critical of the affluent, clawing back money from wealthy investors made sense to administration officials, he says. But now, with formal legislation that Congress would vote on “slipping so much towards the fall,” it’s “more likely” that the increase would go into effect “early 2022 at the earliest.”

While Democrats control both chambers of Congress, they have a slim majority. They can afford to lose only three votes in the House to get legislation passed and will need every Democrat in the Senate if Republicans aren’t on board. But Democrats may not vote the president’s way, says Carol Kulish, a director of KPMG’s Washington National Tax, Federal Legislative & Regulatory Services unit in Washington, D.C. — particularly for any retroactive hikes.

“That would be really hard politically for a number of Democrats,” she said in the KPMG podcast, and could be tough to swallow by elected officials from wealthy Blue states. Still, it’s not out of the question. “There’s been some sort of general thought that at least one year back is ok,” KPMG’s Stout said in the podcast.

Experts see four possibilities for when a rate increase could go into effect: May 27, when the budget and Green Book are released; weeks or months later, when the House’s tax-writing Ways & Means Committee introduces a bill; when that committee “marks up,” or makes any changes, to the bill; or when a final bill is passed by both the House and the Senate.

House Speaker Nancy Pelosi said last week that she wants a final infrastructure bill by July 4, a just-around-the-corner date that many experts view as unrealistic. That bill would presumably detail how tax increases would pay for it, and outline the date of the capital gains hike. “The later in the year it gets, the better the chance for an effective date at the start of 2022,” says Dean Zerbe, the national managing director of Alliantgroup, a tax consulting firm, and a former senior counsel to the Senate Finance Committee.

John Gimigliano, the principal-in-charge of KPMG’s Federal Tax Legislative and Regulatory Services, told the same podcast that “we just don’t know” about the timing. “I suggest you be wary of anybody telling you they do know.”

How much?
Some observers, including Stifel’s Gardner and Alliant’s Zerbe, see the higher capital gains rate landing at a lower 28%. “Right now, that’s the best bet,” Zerbe says.

Greg Valliere, the chief US policy strategist at AGF Investments, an investment management firm based in Toronto that manages around $36 billion in assets, wrote last month that “a new tax as high as 43.8% is very unlikely because it would be opposed by all 50 Republican senators and a handful of Democrats.” He called Biden’s proposals “the opening salvo in a negotiating process,” adding that the rate might rise to “something like 30%.”

Will future heirs be poor?
Advisors should expect another Biden proposal, to eliminate a huge tax benefit for inherited assets, to go along with a higher capital gains rate, experts say. Biden wants to scrap the so-called step-up in basis, in which inherited assets are no longer taxed based on the value at which they were first acquired by a now-deceased owner, and instead are taxed on their much higher value when an heir receives them. People inheriting estates worth less than $1 million wouldn’t be affected, but heirs above that level would face a significant capital gains tax bill. “This provision,” KPMG’s Kulish told the podcast, “is intended to go hand-in-hand” with a capital gains increase.